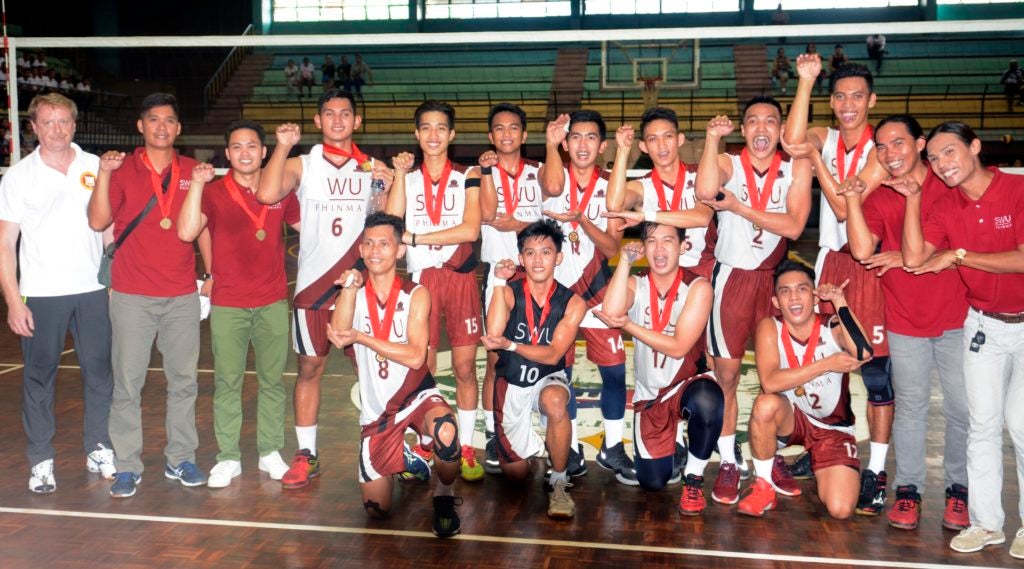 The Southwestern University (SWU)-Phinma Cobras have every reason in the world to paint the town red. Actually, they have two.

Crestfallen 2-1 and in all sorts of trouble after the third set, a motivated Spiking Cobras squad came roaring back as they started the fourth set with a 15-9 lead before unleashing a 10-2 run highlighted by a strong offensive hit from Raul Consad.

“They were overconfident in the second and third sets and my setter Mark (Kevin Petancio) really struggled. So, I told him and the rest of my players to stay relaxed and just do the simple plays,” said SWU men’s mentor Dave Arreza.

And the 22-year-old Petancio answered to the challenge with style as he delivered crisp set plays in the fifth set, most notably to John Eduard Carascal, who scored the title-clinching point to give Spiking Cobras the title. 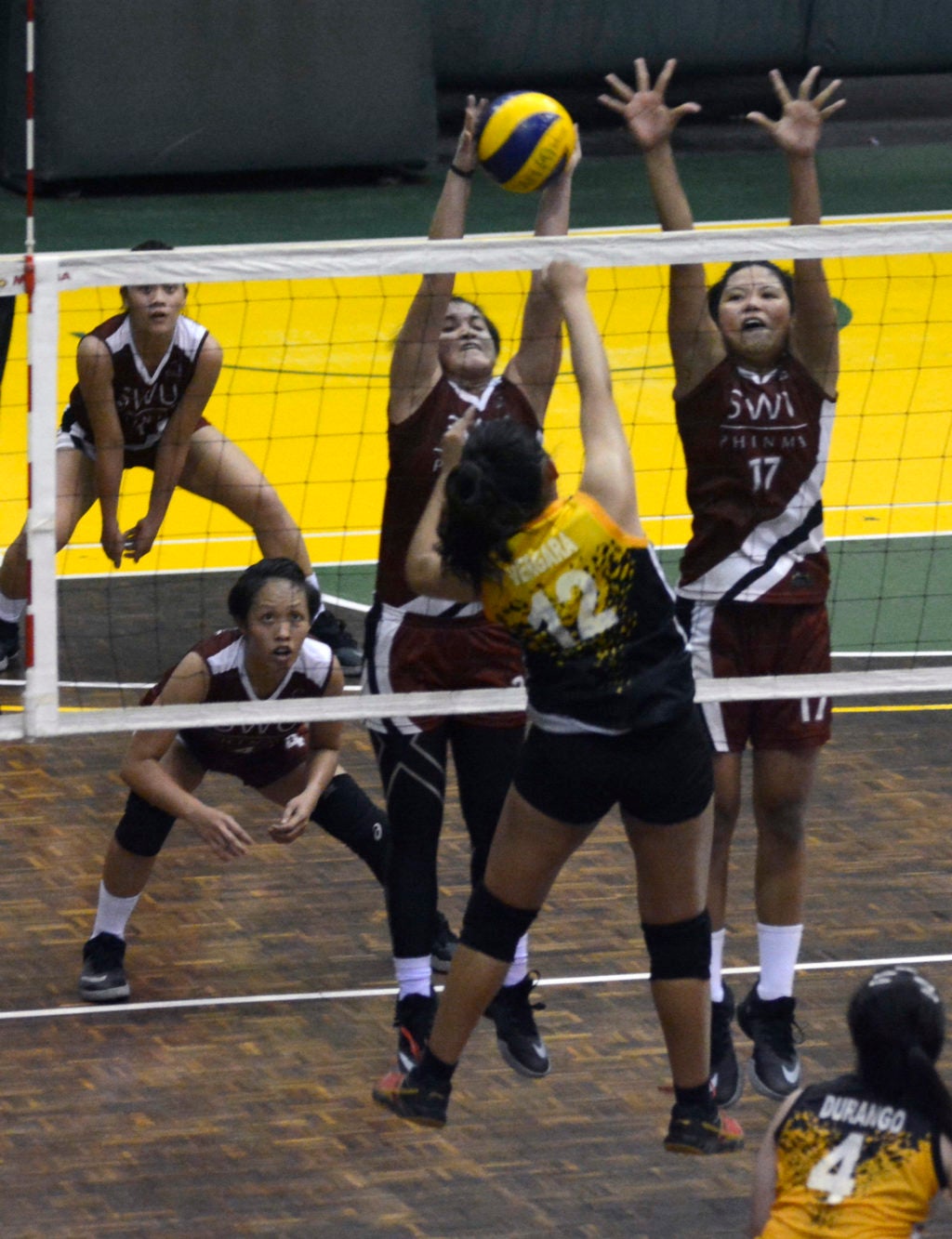 “Our spikers were really good and as a setter, I was pressured but I made some adjustments to help the team win,” said Petancio, who happens to be the grandson of legendary mentor Thelma Datig, who once mentored national team player and now USJ-R coach Grace Antigua in college.

With his exploits, Petancio was recognized as the finals Most Valuable Player and the best setter accompanying teammates Carascal (1st middle blocker) and Consad (opposite hitter) in the mythical squad while USJR’s Kent Verbosidad and Alarich Catayoc grabbed the best outside hitter and best libero awards, respectively.