Making ecological stewardship stick during Sinulog and beyond 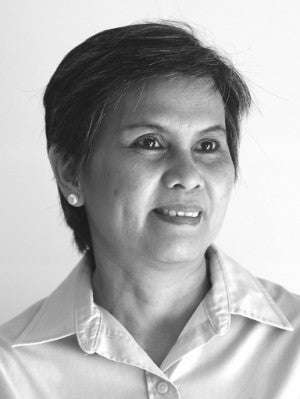 After the Sinulog celebration, we can already predict the tons of wastes, especially plastic bottles and bags, to pervade the landscape. Littering is a crime but for as long as the criminals go scot-free, the destructive habit will never stop.

The garbage woe is not a singular occurrence in Cebu. Fifteen trucks of garbage were collected after the Black Nazarene “traslacion” in Manila on January 9, despite goals of a “trash-less traslacion” by Manila Mayor, former Philippine President Joseph Estrada.

It is obvious that Pope Francis’ call for ecological stewardship by each one, whether Catholic or not, under the much-acclaimed 184-page encyclical ‘Laudito Si’, still has to penetrate the hearts of many. It refers to the earth, as beginning to look like an “immense pile of filth,” it says.

“Account must also be taken of the pollution produced by residue, including dangerous waste present in different areas. Each year hundreds of millions of tons of waste are generated, much of it non-biodegradable, highly toxic and radioactive, from homes and businesses, from construction and demolition sites, from clinical, electronic and industrial sources.

The earth, our home, is beginning to look more and more like an immense pile of filth. In many parts of the planet, the elderly lament that once beautiful landscapes are now covered with rubbish.

Industrial waste and chemical products utilized in cities and agricultural areas can lead to bioaccumulation in the organisms of the local population, even when levels of toxins in those places are low.

Frequently no measures are taken until after people’s health has been irreversibly affected.” (21)

But, there is reason to hope that this year’s Sinulog will prove to be different — the exception and the beginning of a more ecological waste management system in place for festivals and public revelries.

The Sinulog Basura Watch 2018 campaign of the Cebu City government, through the Cebu City Environment and Natural Resources Office (CCENRO), might just do it right.

The CCENRO is headed by former City Councilor, Nida Cabrera, a dedicated public servant and expert on solid waste management and climate resiliency.

She was involved in several environmental management programs which won a lot of recognition not just in Cebu, but in the national and global arena such as the Galing Pook award for Barangay Luz.

Being with her in the past years’ activities was always an opportunity to learn from her vision of the world, creativity and passion for the seriously ailing home planet including our beloved Cebu and our country, of course.

The Sinulog Basura Watch 2018 is a campaign launched to educate the public to properly dispose their garbage in designated bins during the Sinulog Grand Parade on January 21. It is hoped this reinstates the strict segregation policy, with full accountability, which was in place in 2004–2006.

If a program is to be sustained, there must be buy-in from an informed citizenry.

To be sure, to prepare for the implementation of the Sinulog Basura Watch, the partners and the city made sure there was planning and training among stakeholders, including street vendors weeks, and the corps of volunteers, before the big event.

A system was designed to integrate proper segregation of materials through the 50 eco-stations put up along the Sinulog routes and traffic areas. Each eco-station has four containers for solid materials labeled as biodegradable (malata), non-biodegradable (di malata), recyclable (mapuslan) and residual (di mapuslan).

The CCENRO head commits to enforce the law and the ordinance on waste segregation and littering. This no-nonsense enforcement is a must if our environment is to be protected. Leniency in the implementation has led to a sense of entitlement, and irresponsible actions, apart from destroying our natural life support systems.

It is important to continue the initiatives taken to address the waste management issue, the ecological way, as our national law, RA 9003, requires. Stronger collaboration among stakeholders is a must.

The throw-away culture exemplified by the widespread proliferation of single use goods and products and their dire impacts on our planet need to be re-examined if we are to have a future capable of sustaining the needs of the future generations.

Producers and manufacturers must be more conscious of their responsibility to ensure healthy ecosystems and healthy citizens.

Our people need to be educated on their duty as stewards by choosing lifestyles that minimizes carbon-footprint. Bringing one’s own reusable bag and container and desisting from using plastic-wrapped goods are some of the daily acts worthy of becoming habits.

We are proud of our beautiful and gleaming sands, vibrant oceans and alluring landscapes and biodiversity. Yet, they are being soiled by our careless indifference to preserve the resources and habitats that we are duty-bound to protect.

As Pope Francis declared, “If we approach nature and the environment without this openness to awe and wonder, if we no longer speak the language of fraternity and beauty in our relationship with the world, our attitude will be that of masters, consumers, ruthless exploiters, unable to set limits on their immediate needs.

By contrast, if we feel intimately united with all that exists, then sobriety and care will well up spontaneously.”

Let’s show to the rest of the country and the world that our people are not just devout in their faith but are engaged protectors and defenders of our only home planet.

Read Next
Pushing local flavors with a new, contemporary twist