Garcia-Frasco: “Liloan made to bear burden of Ironman organizers’ inability” 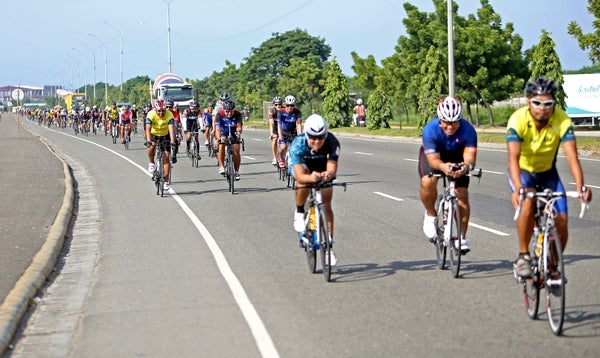 Liloan Mayor Christina Garcia-Frasco has appealed to Cebu Governor Hilario Davide III to ask Cebu City Mayor Tomas Osmeña to reconsider his decision in refusing to allow the use of Cebu South Coastal Road (CSCR) for the 2018 Ironman 70.3 Asia-Pacific Championship.

For the past six years, the CSCR was used as part of the bike course of the swim-bike-run race.

Garcia-Frasco, who remained firm in her decision not to allow the use of the town’s major roads, explained that CSCR is the only viable route for the bike course.

The triathlon event is scheduled on August 5.

“Considering that SRP (CSCR) is the only feasible route for Ironman, all possible efforts should have been exhausted to ensure that the race pushes through as originally planned,” Frasco said on her Facebook post.

Sunrise Events Inc. (SEI), organizer of Ironman 70.3 Asia-Pacific Championship, has been asking the mayors in the northern Cebu — Consolacion, Liloan, Compostela, Danao City and Carmen — for its permission to allow an 8-hour closure of the North Coastal Road and the National Highway.

This after Osmeña denied the organizer’s application to use CSCR this year due to traffic congestion concerns.

“Liloan has been made to bear the burden of the organizers’ inability to ensure that prior permits were secured from Cebu City a year ago, and that contingency plans are in place. Barely a month before the race, I am expected to say yes to an impossible proposal,” Frasco added.