When the TRAIN law chugs along 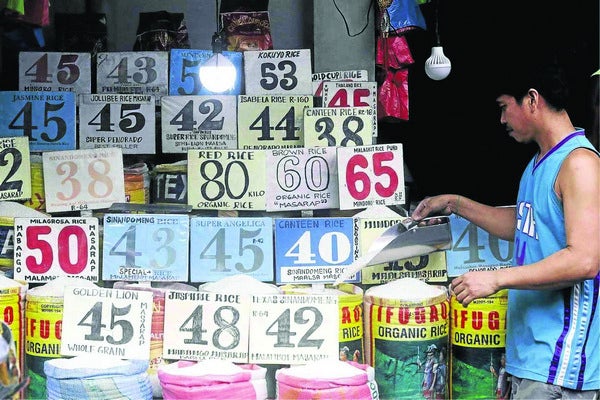 For a family of four, it has not been easy for Fortunato Medalin to budget his monthly salary to provide for his family’s daily needs.

To help tide things over, his wife put up a small sari-sari store in their home in Mandaue City to earn more for the family especially since their two sons still go to a public elementary school.

While Medalin now receives a bigger take home pay with the implementation of the controversial TRAIN (Tax Reform for Acceleration and Inclusion law, his salary is not enough to offset the higher prices of goods including meat, rice, liquefied petroleum gas (LPG), canned goods, and his children’s school supplies.

The law which increased the minimum amount of income to be exempted from taxation to P250,000 and lowered income tax rates for those earning over P250,000 was implemented starting January 1, 2018.

While the law results to a higher take home pay for most workers, it effectively also resulted to the lowering of income tax collections for government.

To compensate for the loss in revenues, the TRAIN law increased the excise taxes on various products like fuel, sugar, coal, and automobiles; while it expanded coverage of the value added tax (VAT) on products which were previously exempted from VAT.

The additional revenue streams will be used by government to fund the Build, Build, Build infrastructure program of the Duterte administration.

For Cebu-based economist and CDN columnist Fernando “Perry” Fajardo, the TRAIN law while trying to bring in more funds for government, ultimately disadvantages the poor. 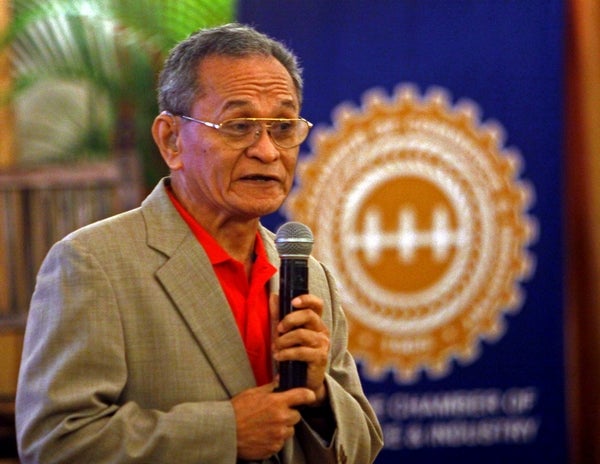 “A good tax system will not only look at the increase in tax collection, it must also look into who pays the tax and the distortions it will create in income distribution,” said

“It turns out that in proportion to their income or means of living, the TRAIN law is disproportionately impacting more negatively on the poor, with the rich probably ending up better off,” he added.

Prior to the TRAIN law, up to 40 percent of the country’s total number of families were already exempt from paying income taxes.

Fajardo said this means that bottom income families actually have no realized savings in income tax payments from the new TRAIN law which sets the limit of income tax exemption at P250,000.

“However, the effect of the expanded VAT and new and higher excise taxes is to raise the prices of many basic things that poor people are consuming daily. The increase in prices means that unless the average annual income of the bottom 40 percent of our poor families is increased, they will now have less to consume. In effect, they become poorer,” Fajardo explained.

Under the TRAIN law, the excise tax on regular unleaded and premium gas increased to P7 per liter this year.

Taxes on petroleum gas also increased by P1 this year, with another P1 hike expected in 2019, and a succeeding P1 in 2020.

The first half of 2018 brought in economic concerns in the country with record-level inflation rates on some months.

In May, the inflation rate climbed up to a fresh five-year high of 4.6 percent; while April also saw a record high of 4.5 percent.

Inflation refers to the rate of increase in the price of basic goods.

The Department of Finance (DOF) insists that the Philippines’ increasing inflation rates could not be blamed on the TRAIN law.

Finance officials cite that the spike in the prices of rice was due to the lack of supply.

A weakening peso, rising global oil prices, better tax compliance of local cigarettes, and growing consumer demand also comprise the bulk of the inflation in the past three months, according to DOF.

For April, the DOF said that the TRAIN law only contributed 0.4 percentage points to that month’s total inflation rate.

“Inflation rose mainly because of local and global factors. TRAIN accounted for only 0.4 percentage points of the 4.5 percent (in April). In other words, if you could buy items for P100 last year, you need to spend P104.50 now for them and of that increase, only P0.40 (forty centavos) was due to TRAIN,” DOF Undersecretary Karl Kendrick Chua said in an earlier statement.

For his part, DOF Secretary Carlos Dominguez said that consumer prices have been rising because more people have more money to spend.

He estimated that households had about P32 billion more to spend monthly as a result of personal income tax cuts under the TRAIN law.

Dominguez said the tax cuts for personal income freed up P12 billion, which translates to more disposable income for households.

He also estimated that free tuition starting from academic year 2018 would give beneficiary- households an additional P3.5 billion; while cash transfers amounted to P2.5 billion.

Increase in wages paid through government’s spending program amounted to about P15 billion a month.

But the continuing blame game on the rising prices of goods and the effect of the TRAIN law, is expected to continue as the year further unfolds.

Meanwhile, an increase of up to P20 in daily pay was granted for minimum-wage earners in Central Visayas; amid pending petitions from transport groups to increase minimum fare.

Good or bad, government’s new major tax reform program is affecting Filipinos, whether rich or poor. (To be continued)

TAGS: along, chugs, Train Law, when