Clarkson not allowed to play for PH 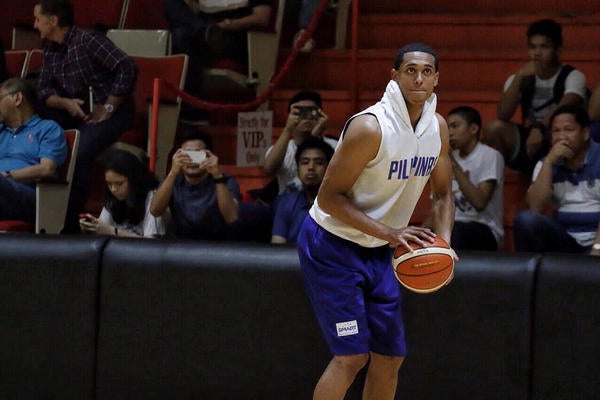 It’s official, Jordan Clarkson won’t be suiting up for the Philippines in the 2018 Asian Games.

The Samahang Basketbol ng Pilipinas tried to tap the services of the Cleveland Cavaliers guard but failed to get clearance from the NBA.

NBA spokesman Tim Frank said in a statement that the league only allows its players to play in Fiba competitions and the Asian Games is not part of such.

“The NBA’s agreement with Fiba stipulates that NBA players can participate in the Olympics, the Fiba Basketball World Cup, Continental Cup competitions, and associated qualifying tournaments,” said Frank in the statement released Sunday. “Because the Asian Games are not of those competitions, NBA players are not allowed to participate.”

Clarkson, a Filipino-American, was included in the Philippines’ 12-man team that will play in Jakarta with the assumption that he will be eligible due to his Filipino heritage.
Frank, however, added that Clarkson can still, essentially, represent the Philippines in Fiba competitions.

“In accordance with the NBA’s agreement with Fiba, Jordan is welcome to represent the Philippines in the agreed-upon competitions,” said Frank.

Read Next
Brownlee wants to be a Filipino