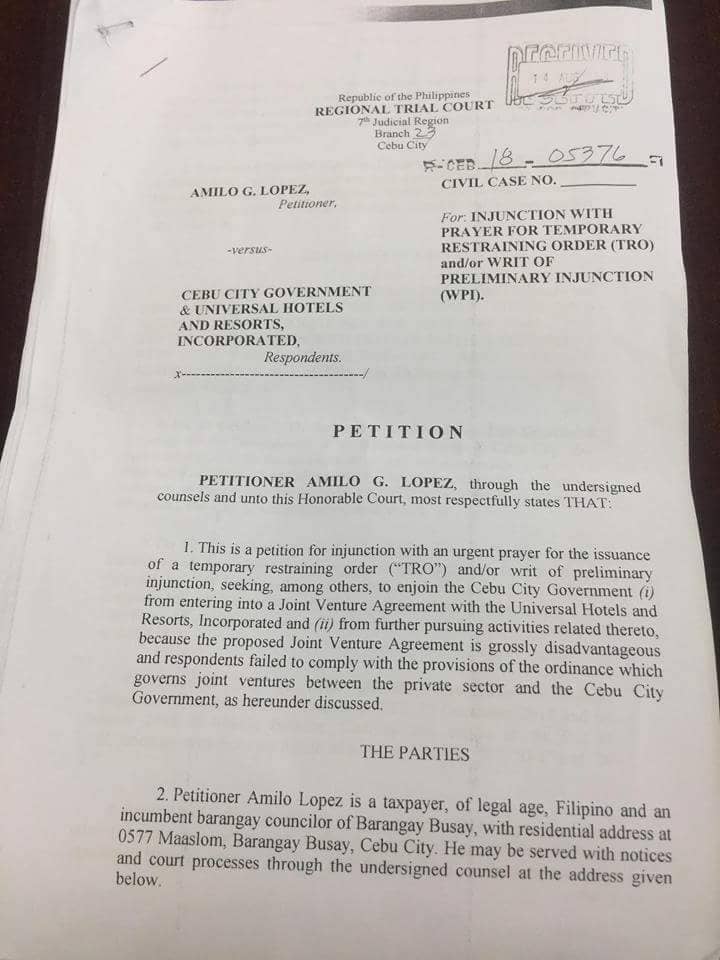 Busay Barangay Councilman Amilo Lopez has filed a petition for injunction and asked for the issuance of a temporary restraining order (TRO) to prevent the Cebu City Government in entering into a joint venture agreement (JVA) with a private firm on developing the Kawit Island Property in the South Road Properties (SRP).

In his 10-page petition, Lopez stated that the developer, Universal Hotels and Resorts Inc. (UHRI), is disqualified in entering into the JVA based on City Ordinance No. 2154.

The same ordinance provides guidelines for the city into entering JVAs with the private sector.

He also questioned the financial capacity of UHRI, the development arm of JG Holdings Corp., which is owned and operated by the Gokongweis.