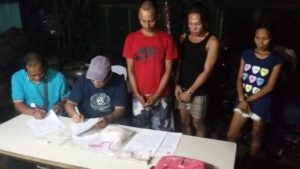 More than a kilo of suspected shabu worth P14 million was seized by the police in a buy-bust operation past 7 p.m. on Tuesday at Figueroa Street,  San Nicolas, Cebu City.

The MCPO undertook the operation since the negotiation began in Mandaue City between the drug dealer and an MCPO policeman who posed as the buyer, according to Senior Inspector  Rodgene Fodutan, chief of the Jagobiao Police Station in Mandaue City who led the drug bust.

Fodutan said one of his men who posed as buyer received a text message asking him to proceed to San Nicolas in Cebu City for the exchange. 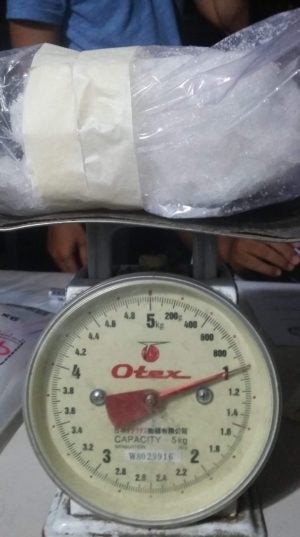 He said they then coordinated with the Cebu City Police Office to allow them to complete the operation.

Fodutan said they had hoped to catch Villafuerte with some drugs but they never expected they would get a kilo of shabu from him.

Recovered from him were the P10,000 marked money, a plastic sachet of suspected shabu (crystal meth) that was the subject of sale, and a pink sling bag with a large big ziplock plastic containing a kilo of suspected shabu.

Three others including a minor believed to be cohorts of the subject were also arrested. Police identified them as Ronnel Ylanan, 29, residing at San Miguel Lorega, Cebu City;  Jasmin Villafuerte, 40, residing at Sanciangko St., Barangay Pahina Central, Cebu City; and the 17-year old.

The total confiscated illegal drugs weighed 1,250 grams with a total value of P14,750,000 based on Dangerous Drugs Board (DDB)  value.

The suspects are now detained at the Jagobiao Police Station.