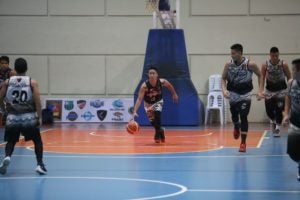 NIÑO Belande collected a rare triple-double to power the Fusion BPO Service Inc. Dragons past the Wipro Tigers, 94-78, in the Elite Classic division of the 2018 Tanduay Athletics E-Leagues for Basketball last Sunday at the City Sports Club-Cebu.

Belande, a left-handed gunner, scored 24 points and added 13 rebounds and 13 assists to go with two steals and a blocked shot that proved pivotal in the fourth period, wherein the Dragons outscored the Tigers, 29-14, to turn a slim 65-64 lead into a blowout.

Justine Mier added 16 points and five assists while Janile Bantillan had 14 points, seven boards and four assists to push the Dragons to their third win in eight games.

In the other game in the Elite Classic, the Sykes Pioneers kept up with the leaders, scoring their seventh win in nine games with a 90-75 rout of the Telstra Boomerangs.

Janjan Auditor powered Sykes with 23 points and five boards while Earl Montilla chipped in 16 markers, three rebounds, two assists and three steals to send Telstra plummeting to its 10th loss in a row.