Fuel price cuts should be seen in fare, service fees 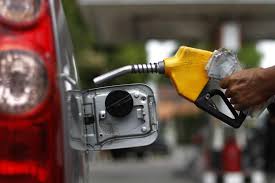 Transportation and logistics costs should follow after major price rollbacks on fuel and oil products, business leaders in Cebu say.

The major oil price rollback implemented by companies starting yesterday (Tuesday) may be a welcome development for both businesses and the general public but it should also be reflected in terms of fares and service fees.

According to Mandaue Chamber of Commerce and Industry (MCCI) President Stanley Go, fees for transport services had been going up following the series of weekly oil price hikes in previous months.

“What we need to see is that when there is this kind of rollback, there should also be a review on the transport costs. Because transport providers, when there’s an increase in fuel, they also increase their fees,” he said.

But when there are rollbacks in oil prices, there are hardly any decrease in these fees.

However, Go said that the implemented oil price rollback would always be a welcome development especially for businesses and car owners who would always need transportation every day.

For diesel, all the earlier mentioned companies decreased their price by P2 per liter.

Meanwhile, the price of Kerosene decreased by P1.85 per liter for Seaoil, Flying V, Eastern Petroleum, Shell, and CPI (Caltex).

Cebu Business Club (CBC) President Gordon Alan Joseph also said that the recent rollback might not bring a major difference in the increasing costs for businesses.

“This is obviously a temporary rollback so any effects on inflation or cost of doing business will be temporary and possibly negligible. I do not see companies reducing their selling prices because of this rollback,” he said.

Increases in oil prices have been driven by higher prices in the world market.

This also contributed to the increasing inflation rate in the country.

For MCCI’s Go, he said that they were hoping that more rollbacks in the oil prices would be implemented in the coming weeks and months.

“With this, hopefully, it can also have an impact on our inflation. We have started seeing that inflation has not increased that much compared to previous months,” Go said.