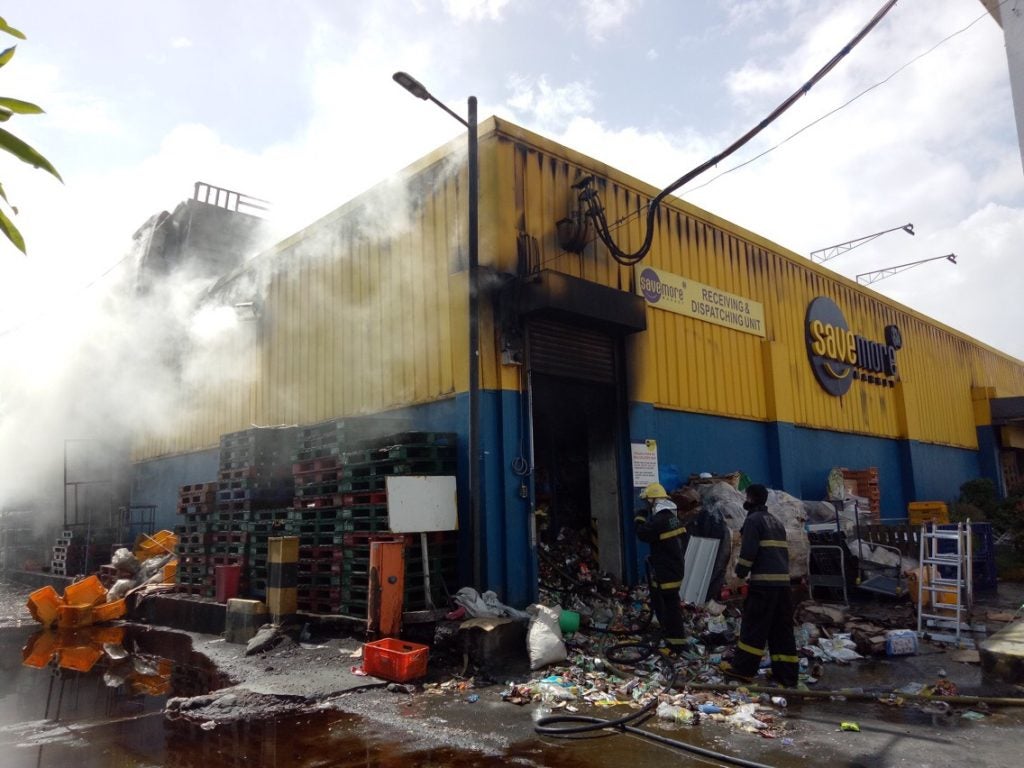 Firefighters douse the flames that hit Legazpi City’s SM Savemore Market Sunday morning. The fire is said to have originated from the establishment’s cold storage room and was caused by faulty wiring. Photos by George Gio Brondial, Inquirer Southern Luzon

According to the Bureau of Fire Protection (BFP) in the city, the fire started at 7:25 a.m. in the Savemore outlet located next to this city’s central bus terminal and across the street where SM City Legazpi in Barangay (village) Bitano stands.

Carlo Lorica, a security guard at the establishment, said he and other employees tried to stop the flames, which originated from the cold storage room, from spreading, with a fire extinguisher but failed.

He said they then evacuated the other employees working at the building as the fire started engulfing around 70 percent of the place.

The BFP said the cause of the fire had yet to be determined but employees of the establishment said they blamed faulty wiring in the cold storage room.

As of noon Sunday, the firemen were still at the scene.

Read Next
P1.2M worth of shabu seized from Bohol construction worker