Didal on being in Time Magazine’s list of most influential teens: ‘Just staying true to myself and inspiring the youth’ 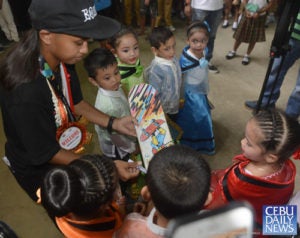 CEBU CITY, Philippines — Staying true to herself and inspiring the youth to achieve their goals through hard work.

This is what Cebuana skateboarding champion Margielyn Didal said after being named into Time Magazine’s “25 Most Influential Teens of 2018” on Monday.

The Asian Games gold medalist Didal, a daughter of a carpenter and a street food vendor, is the sole Filipino on the prestigious list.

(I didn’t do anything but stay true to myself and inspire the youth that they can reach their goals or achieve it if they work hard and pray to God.)

Those included on the Time Magazine’s list were determined by “accolades across numerous fields, global impact through social media and overall ability to drive news.”

Didal rose to prominence after bagging the gold medal in the women’s street skateboard competition during the 2018 Asian Games held at the JSC SkateBoard Stadium in Palembang, Indonesia last April.

“This summer, the 19 year old from Cebu City, Philippines, won the gold medal in women’s street skateboarding competition at the Asian Games —and became a national hero in the process,” TIME said.

Didal said she felt honored and proud to be part of the list.