Nalzaro to bring his libel case to RSP, DOJ’s attention 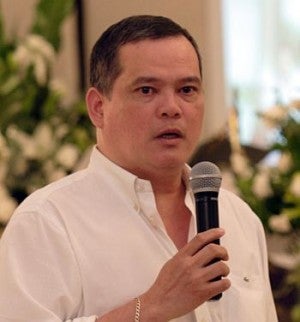 Tri-media personality Pablito “Bobby” Nalzaro is not yet giving up on the libel case filed against him by Mayor Tomas Osmeña’s son Miguel.

Nalzaro said he plans to either bring his case to the Regional State Prosecutor (RSP) or the Secretary of the Department of Justice (DOJ).

“I want a neutral ground. Meaning, a prosecutor outside of Cebu City. I’ll raise the matter to the RSP or to the DOJ secretary,” said Nalzaro in a text message sent to Cebu Daily News this afternoon.

Rabillas said in a November 26, 2018 order that she did not find any ground to grant Nalzaro’s motion.

While she gave Nalzaro 15 days from the receipt of the order to file his counter-affidavit, Rabillas directed the handling prosecutor to “continue with the preliminary investigation of the instant case until its termination.”

Nalzaro expressed disappointment on Rabillas’ failure to properly explain the basis for her decision to deny his motion.

He said that was now planning to bring the matter to the attention of the RSP or the DOJ Secretary.