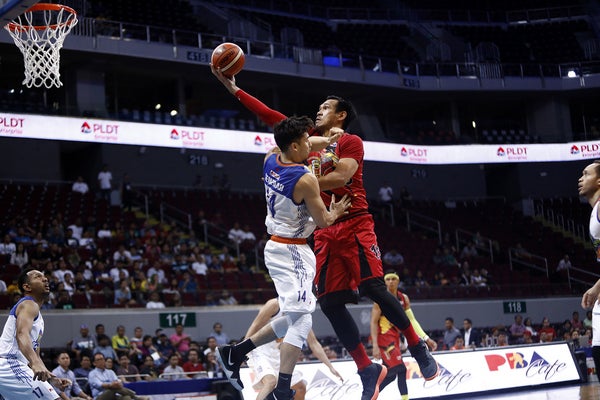 CEBU CITY, Philippines — Cebuano powerhouse June Mar Fajardo reset the record books as he won a fifth straight Most Valuable Player (MVP) award during the Leo Awards on Sunday at the Philippine Arena in Bocaue, Bulacan.

In doing so, the gentle giant from the town of Pinamungajan surpassed two of the greatest players the the Philippine Basketball Association (PBA) league has ever seen in “The Captain” Alvin Patrimonio and “El Presidente” Ramon Fernandez, who each won four MVP trophies.

The feat also set the PBA mark for most number of MVPs won in consecutive years.

The University of Cebu product had averages of 20.6 points, 12.4 rebounds and 1.2 blocks this past season and beat out NorthPort guard Stanley Pringle for the PBA’s most coveted individual plum.

“First of all, I want to thank God for all the blessings. Who would have thought that someone who was once a laughingstock will become a five-time MVP?” said Fajardo, who received the award alongside his parents.

“I’m lucky to be with San Miguel. My teammates were great. I’m thankful for my teammates, coaches, and the SMB management.”

Fajardo was also feted for his work on the defensive end, earning a spot in the All Defensive team alongside fellow Beerman Chris Ross, Rain or Shine’s Gabe Norwood, and Magnolia’s Rome dela Rosa and Rafi Reavis.

The Rookie of the Year award was won by Jason Perkins while Scottie Thompson was hailed as the Most Improved Player./dbs