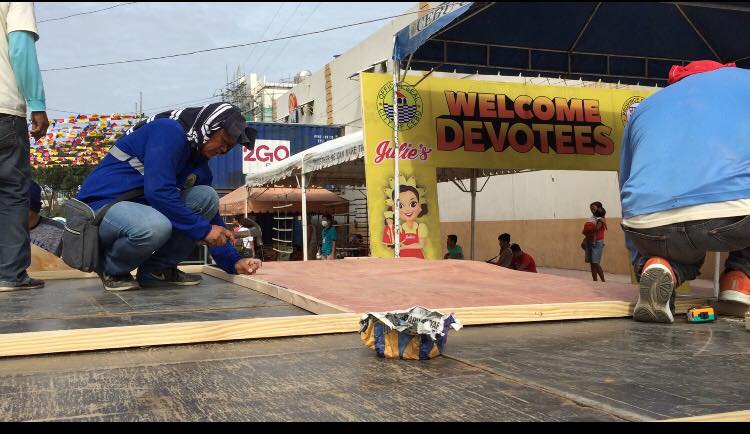 Cebu City government workers do the finishing touches of the Devotee City at a lot beside the Compania Maritima in Cebu City. Photo by Morexette Marie B. Erram

CEBU CITY, Philippines — A total of P1.1-million was spent by the Cebu City Government and the Cebu Provincial Government for this year’s Devotee City for Sinulog.

In a press conference today, Thursday (January 17), officials from Cebu City and the Capitol revealed that the money had been spent for the rental of the 20-foot container vans that would house out-of-town pilgrims, and the corresponding utilities needed.

Devotee City Supervisor Roberto Cabarrubias said a total of 58 containers were placed in a lot beside the Compania Maritima.

The utilities installed within the Devotee City site included 27 portable toilets, at least 10 shower rooms, and tents for the pilgrims’ outdoor activities.

Water is provided for free by the Metropolitan Cebu Water District (MCWD).

Cabarrubias added that the city had shelled out P600,000 while the Capitol had provided P500,000.

“One container van can fit up to 50 people inside,” he said./dbs

Read Next
Judges to 6 finalists vying for Sinulog Idol title: Sing from the heart