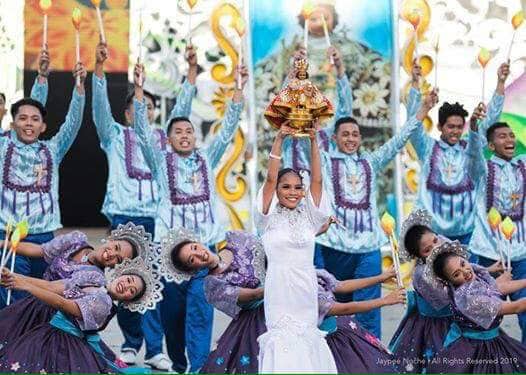 The winning entry of Barangay Guadalupe’s Banauan Cultural Group during the Sinulog sa Barangay sa Dakbayan held on January 13. The contingent won second place in the ritual showdown during the competition. /Contributed photo

“We feel so blessed that we we’re able to unite the two fraternities for one mission, to perform as an offering to the Holy Child. It is a great manifestation that we are one in our faith to Christ,” he told Cebu Daily News Digital.

Racuya said half or around 65 of the contingent’s 130 props personnel are members of the two fraternities.

The unity and harmony displayed by these two fraternities, which has long been embroiled in gang wars resulting to several casualties, is a welcomed news for the group.

The fraternities’ participation in Sinulog 2019 sits well with the contingent’s performance theme that involves guardian angels.

Since the dance is an offering to Señor Sto. Niño, Racuya said it was a conscious decision for the creative team to focus on a theme that will serve as a platform to teach faith to the audience.

Racuya said this year’s presentation is a continuation of their 2018 performance which depicted the Seven Sacraments.

The concept also pushes forward the cultural group’s motto of “We Dance to Honor, We Dance to Evangelize.”

“This year, we aim to revive the people’s awareness of our Guardian Angels, that the Sto. Niño, because of his great love for us all, has sent us angels to guard and watch over us everyday,” he said.

Racuya said the concept is a result of a brainstorming session with John Guaren and Dean Sagrado.

“Mr. Guaren suggested the story after his short stay as a volunteer at the Ateneo de Manila University Grade School,” he shared.

Racuya said the story is based on a miracle that happened at the old Ateneo campus in Intramuros which was attributed to the intercession of the guardian angels.

Sagrado helped in developing the concept of the whole dance.

Racuya said they became each other’s sounding boards after their participation in Sinulog 2018.

“The three of us continued to pitch in ideas to help deliver our concept solidly. As choreographer, I was assisted by my dance masters in translating the concept into a dance presentation,” he said.

Racuya, 40, said this was the third time for Barangay Guadalupe to participate in the Sinulog Festival.

The contingent bears the name “Banauan,” which Racuya said was the old name of Barangay Guadalupe.

In present time, the barangay has a sitio called Banawa.

Racuya said they started practicing for their Sinulog 2019 participation on the last week of October 2018.

The early start was done to give performers ample time to participate in rehearsals because the barangay’s fiesta celebration usually happens on the second week of December.

Practices are usually suspended during the barangay’s fiesta to give way to local festivities.

Racuya said they started developing the 2019 concept right after Sinulog 2018.

“We tried as much as possible to achieve a clear delivery of our story. More importantly, our goal in our presentation is to show authentic and sincere veneration to the Sto. Niño,” he said.

A well-prepared team bonded by prayer and faith, Racuya said they had a send-off Holy Mass last January 11 to prepare the performers spiritually for the Sinulog sa Barangay held last January 13, and the Sinulog Grand Parade to be held today, January 20.

“Our dancers were chosen through an audition/screening process held last September. They were chosen based on their dedication and dancing skills,” he said.

The youngest dancer is 14-years-old, while the eldest performer is 35-years-old. 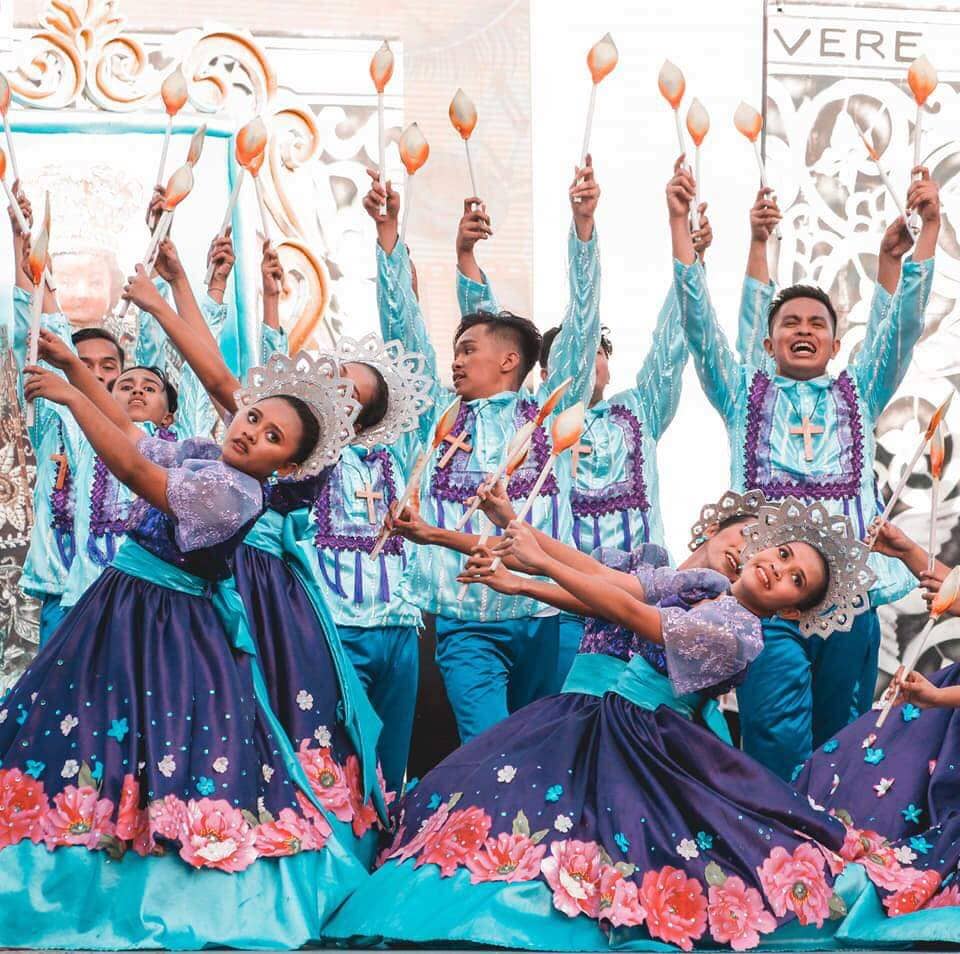 Members of the Banauan Cultural Group offer their dance to God. /Contributed photo

For Racuya and his creative team, the Sinulog Festival is the perfect platform to spread the word of God.

“Our creative team’s original vision was to utilize the Sinulog as an instrument of catechesis and evangelization. We believe that our talents are God-given and our Sinulog presentation is, for us, one of the best offerings we can give to God in return for all the graces He has given us,” said Racuya.

While the contingent is supported by Airswift Transport, Inc., Racuya said they were also faced with financial challenges.

“Fortunately, some people came to lend us money since we assured them that the money would be paid once the subsidy would be released,” said Racuya.

He was referring to the P400,000 financial subsidy from Sinulog Foundation, Inc.

“We also negotiated with some stores so that we could purchase the materials needed for our props, on condition that we pay them later,” he added.

Thankfully, they did not have a difficult time in looking for performers.

With three years of experience in the Sinulog sa Barangay category, Racuya said he learned to surrender his doubts and fears to Señor Sto. Niño.

“We never expected it. We wanted to win but winning would just be a bonus. I learned to surrender everything to the Santo Niño and believe that he will continue to work miracles in my life,” he said. /dcb