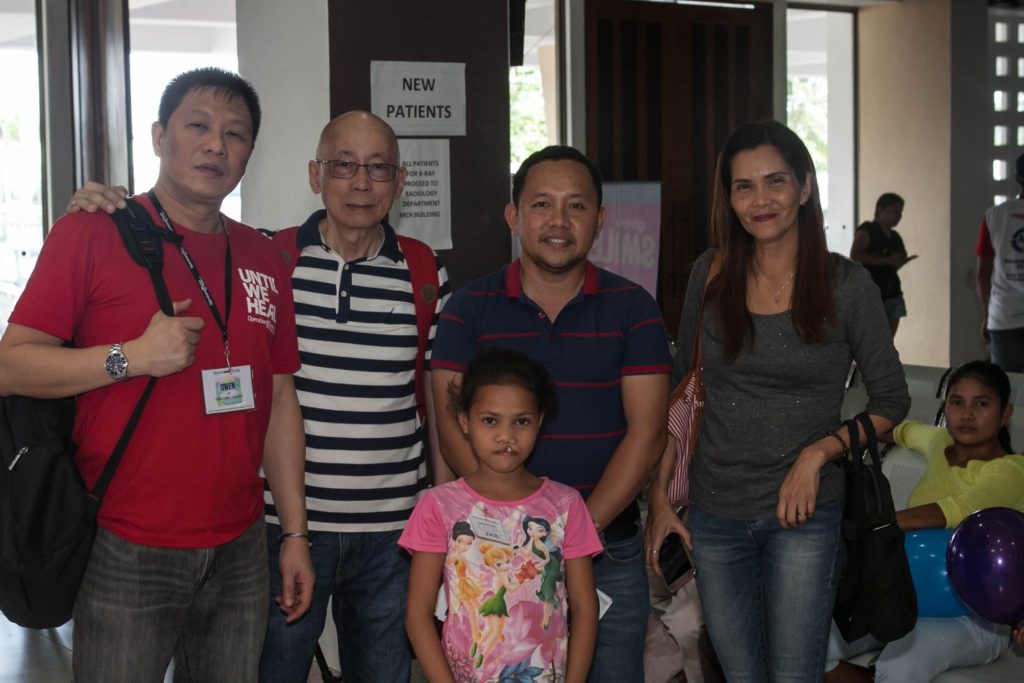 Teachers have often been regarded as role models who educate and guide the youth all throughout the world. But one particular teacher from Leyte expressed her strong love for one of her students by going the extra mile.

Failani Justimbaste, a second grade teacher at the Balilit Elementary School in a remote barangay in Dagami, Leyte, was determined to ensure that her student Joann gets free surgery from Operation Smile’s medical mission—miles away in the city of Tacloban.

“Masakit sa akin pag naririnig ko siyang binu-bully ng mga classmates niya. Mahiyain yung bata pero malaki ang potential at mahaba ang pasensya (I get hurt when students bully Joann because of her deformity. The girl is shy but she has a lot of potential and patience),” said the 48-year old teacher.

Failani saw how Joann’s cleft condition affected her mentally and socially and also witnessed how Joann was unable to interact with her classmates. This affected Joann’s self-esteem as the lone student with a cleft condition in Failani’s class.

Joann’s father works hard to make both ends meet. He earns a meager income from being a farmer and a carpenter. Aside from providing for his six children, he also takes care of his wife who is suffering from mental illness.

Almost as if by fate, Failani chanced upon an Operation Smile poster announcing a medical mission while she was riding a bus to Tacloban. Motivated to help her student have a better quality of life, she immediately registered Joann for the screening on November 11 last year at the Eastern Visayas Regional Medical Center in Tacloban.

“Noong una ayaw pa ng tatay na pasamahin kasi nag-worry siya na baka hindi na makakain si Joann pagkatapos ng operasyon. Natakot din yung Tatay na samahan si Joann kasi baka hindi niya masagot yung mga tanong, hindi kasi siya marunong magbasa at hindi makaintindi ng Ingles o Tagalog (The father was hesitant at first to let Joann join the mission because he was scared that his daughter would not be able to eat after the operation. The father was also scared that he would not be able to understand the process during the screening because he could not read and write in English and Tagalog),” Failani said.

Failani reassured Joann’s father that she would be with her from the screening until the actual operation.

Joann was among the 154 children and young adults who were able to get access to comprehensive screening and care. And after several screenings and tests, Joann was scheduled for cleft lip surgery on November 13, 2018.

On the day of the surgery, Failani joined Joann and her father and endured a two hour commute to get to the hospital in time for the procedure that would change Joann’s life. Failani was supposed to have classes that day, but she told the principal that she did not want to miss her student’s operation. “Gusto ko nandoon ako para sabihin kay Joann na pag labas mo ng surgery, maganda ka na (I wanted to be there to personally tell Joann that after surgery, you will be beautiful).”

In charge of the procedure to repair Joann’s cleft lip was Dr. Laurence Loh, a successful practitioner of aesthetic and plastic surgery. The medical mission was joined by numerous volunteers and headed by Dr. Loh who has been a dedicated and active volunteer for Operation Smile for the last 24 years.

“I am humbled by volunteers who have that give, give, give mindset. You don’t lose anything when you give. When you have been blessed with so much, you just have to pay it forward,” said Dr. Loh.

Thanks to Failani, Dr. Loh, and other volunteers who gave their time and skills to help Joann, their efforts will soon yield yet another gift for the little girl: the confidence to smile.  Failani is especially excited for Joann’s classmates to see her new look.

In her classes, Failani always encouraged her students to look beyond the physical to see a person’s inner beauty. Her strong and unwavering support proved to be more than enough to empower Joann to help her and her family purse a healthier future—one that will give her more reasons to smile in the years to come. /dcb