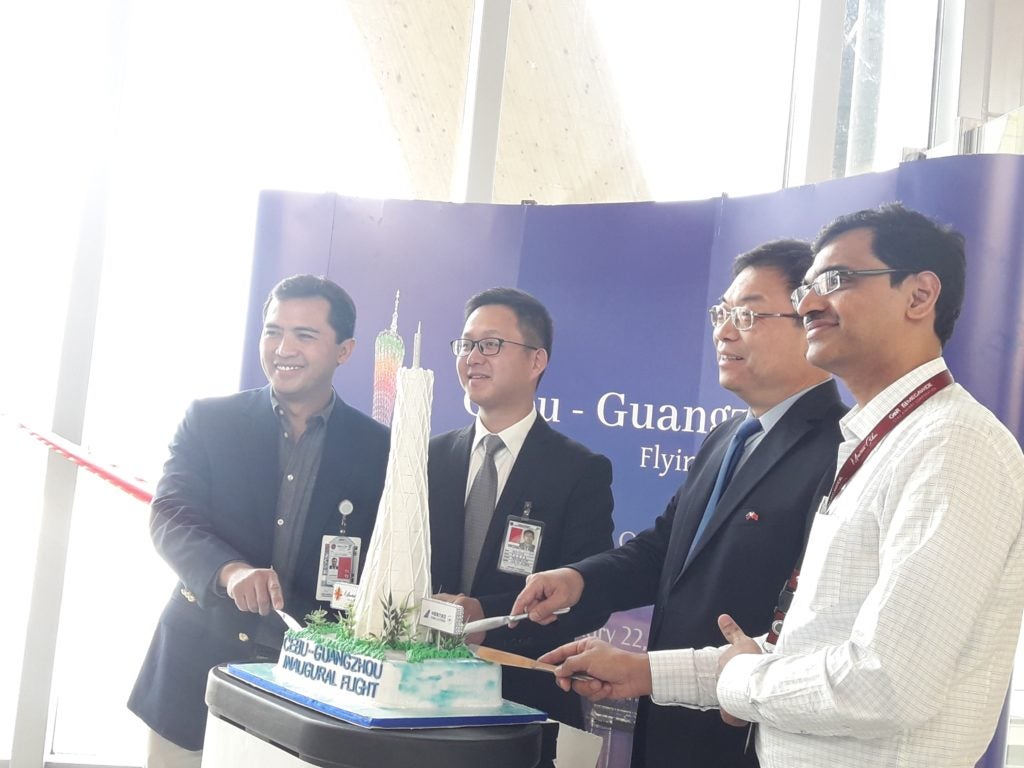 CEBU CITY, Philippines – One of China’s biggest airlines is now flying direct to Cebu from the southern city of Guangzhou bringing with it a wealth of opportunities in tourism development and cultural exchange.

He said the good relations between China and the Philippines is the key factor in the improved tourism market.

“The boost in tourism will greatly benefit the economy in Cebu and help our two countries better understand each other’s culture,” he said highlighting the importance of the direct route between Cebu and Guangzhou.

“There are still more opportunities and potentials in tourism in the Philippines; more room for progress and development. With direct flights from Guangzhou to Cebu, we shall seize this opportunity to extend our cultural and people to people exchange,” added Jia Li.

Guangzhou is China’s third largest city next to Beijing and Shanghai. The city has a population of more than 13 million people.

The city is a famous destination for business travellers as it holds the Canton Fair twice a year. Canton Fair is a trade event that gathers more than 25,000 exhibitors and 200,000 buyers.

It is also known as one of China’s tastiest cities because of the numerous traditional dimsum eateries in the city.

Department of Tourism Central Visayas Director Shalimar Tamano said China Southern Airlines’ decision to fly to Cebu only proves that Cebu is a world city and the center of Asia.

Before opening the direct flight to Cebu, China Southern already flies to Manila from Guangzhou three times a week.

Ravishankar Saravu, chief commercial adviser of GMR Megawide Cebu Airport Corporation, considers this new route as a “very important connection” for Cebu to the rest of the world.

“China Southern also flies to many cities worldwide so it is a very important connection. By just using one China Southern flight, they can go to North America, Europe and any parts of the world,” said Saravu.

It serves more than 3,000 daily flights to 224 destinations in 40 countries and regions across the world.

In 2017, the airline has transported more than 126 million passengers.

Antonio Chiu, president of the Cebu Chamber of Commerce and Industry (CCCI), said the direct route from Guangzhou to Cebu is a significant tourism development.

“We all know of the huge multiplier effect of high tourism activities. (We will) exert more effort to help this industry thrive and draw more investments,” he said.

Chiu said the expansion of international airlines to cities such as Cebu should be supported as this indicate sustained investor confidence.

“It is a vivid display of how great Cebu is for economic opportunities,” he said. /dcb