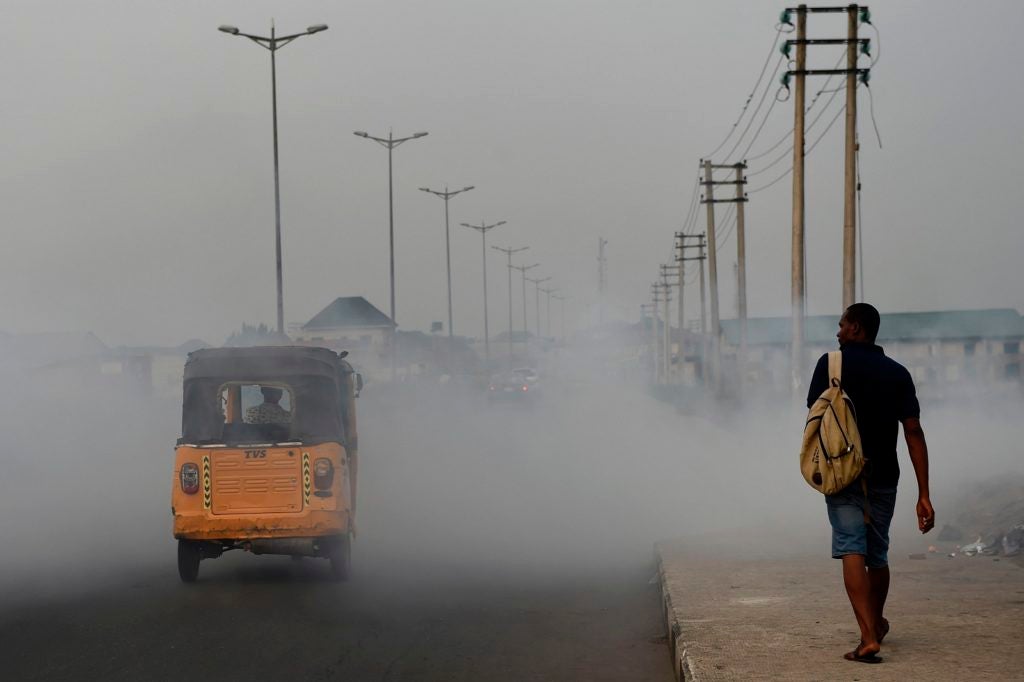 Air pollution remains to be a threat according to the World Health Organization. | photo from who.int

Cebu City, Philippines – Every year, the World Health Organization (WHO) puts out a list of the most pressing issues that face global health.

It changes every year as WHO tries to zero in on what needs to be addressed.

Here’s what experts from WHO think are the top threats for 2019:

The fossil fuel we consume contributes simultaneously to this two problem.

The emissions emitted contribute to global warming and WHO notes that 9 out to 10 people breath polluted air every day.

This pollution affects more than just our lungs and making the matters worst, 90 percent of premature deaths come from the diseases that are tied to pollution which occur in low and middle-income countries.

Most of it comes from local manufacturing, WHO notes.

WHO also described that air pollution does not stay at a single area as particles don’t stay over the area where they are produced.

2. Diabetes, Cancer and heart diseases among others

More than 70 percent of all deaths are due to noncommunicable diseases.

Three major ones are cancer, diabetes and heart diseases, which WHO points out are primarily driven by five factors: tobacco use, physical inactivity, alcohol use, unhealthy diet, and air pollution.

WHO is constantly monitoring the viruses circulating around the world, which put their experts at a very unique spot of understanding influenza on a global scale.

WHO says that another pandemic caused b by a new virus is a certainty.

However, they just don’t know when or how it will hit.

It is easy to forget that people in other countries often have much worse health situations.

Famine, drought, and war all tend to weaken even the most basic health services and 22 percent of the world’s population lives in these vulnerable areas.

Providing simple services like immunization and maternal care to countries in need would massively increase the quality of life of the people who live in those countries.

Bacteria, viruses, and fungi are all evolving to survive even our strongest antimicrobial drugs, and WHO worries that this growing resistance threatens to send us back to a time when we are unable to treat infectious pneumonia, tuberculosis, and salmonellosis.

6. Ebola and other pathogens

Infectious pathogens like the Ebola virus used to cause destruction on a local scale in South Africa. However, according to WHO, the virus was remain contained in certain villages.

However, It is not just Ebola either. SARZ, Zika, and Nipah are just a few pathogens WHO identified as having the potential to cause a large-scale emergency due to the lack of effective treatment or vaccines.

In a perfect world, we’d all have affordable health care which will allow us to see a qualified primary care physician for our entire lives. At least that is what WHO is trying to strive for.

Vaccine prevents two to three million deaths every year, but, they could prevent another 1.5 million if more people got their shots.

Some of these missed opportunities are simply the result of lack of access, but this year, WHO identified hesitancy to get vaccine as a crucial factor in anti-disease transmission especially for highly infectious diseases.

Due to climate change, mosquito-borne illnesses such as dengue fever are spreading.

This and other ecological disruptions have contributed to an explosion of dengue in recent years.

There’s been a vaccine since late 2015, which is now being rolled out to endemic areas, but that’s just one of the prongs on the WHO’s plan to curtail dengue fever.

Medications have helped us make enormous strides against HIV since the original epidemic, but nearly a million people still die of HIV/AIDS every year.

Often the groups most affected are the most vulnerable and lest likely to seek out medical help, including sex workers, transgender people, and those in prison.

This year, WHO aims to work with other countries to support self-testing so that people with HIV will know their status and can receive treatment. /bjo