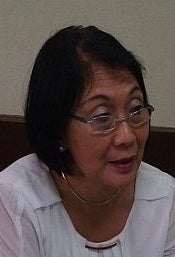 CEBU CITY, Philippines – The Cebu City Environment and Natural Resources Office (CCENRO) will now be monitoring how hospitals in the city treat, store, and dispose of their infectious wastes following medical wastes found floating on the seawaters in Lapu-Lapu City last January 5.

CCENRO chief Ma. Nida Cabrera, in a video posted on the official Facebook page of the Cebu City Government’s Public Information Office on Tuesday, announced that they will be calling all hospitals based in Cebu City for a consultation this February 16 to account their solid waste management protocols.

Cabrera also said they are now drafting policies as means to monitor  how the hospitals handle the wastes they produced.

“We will be discussing with them proper management of waste, and we will be introducing a new system on how to account their waste management protocols. This included determining whether or not hospitals have their own pollution control system,” said Cabrera.

She also clarified that this measure initiated by their office is separate from the executive session scheduled by members of the city council, which called to a meeting representatives of hospitals and medical waste disposal providers operating in the city, to discuss means to prevent the same thing from happening in Cebu City.

The executive session will be held on Wednesday , January 30, at the Session Hall of the Cebu City Hall./ elb