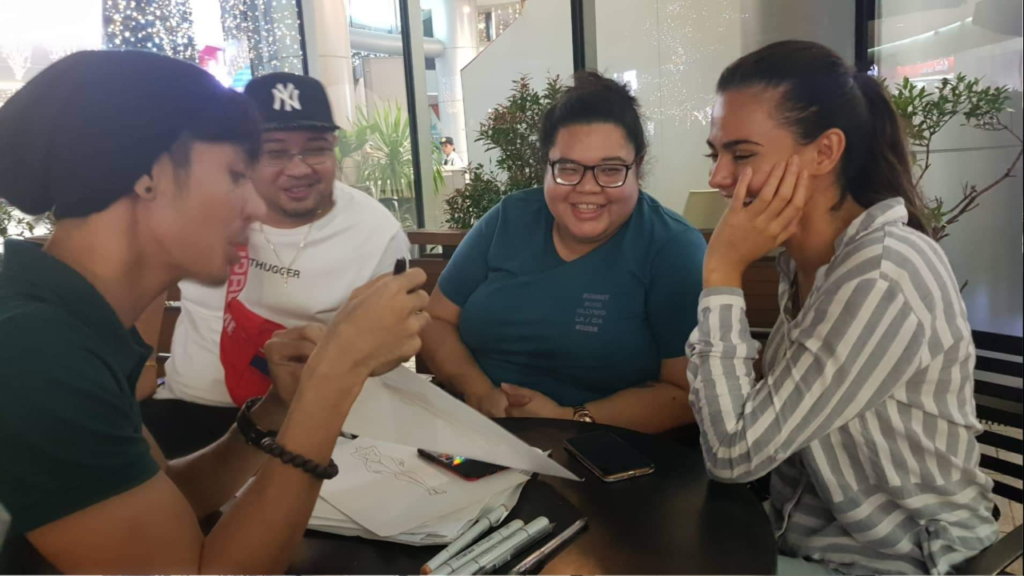 Benj Leguiab IV and his team meet up with Karen Gallman to plan her gowns for Miss Intercontinental pageant./Contributed Photo

CEBU CITY, Philippines – If Catriona Gray had a Mak Tumang when she competed for Miss Universe 2018, Karen Gallman had Benjamin “Benj” Leguiab IV in her journey as the first Filipina to win the Miss Intercontinental crown.

Leguiab designed Gallman’s silver gown, made of swarovski crystals and Japanese glass beads, which was inspired by Bohol’s Camugao Falls.

Apart from Gallman, Leguiab was also the designer of the gowns of Adriana Moya of Costa Rica and Bella Lire Lapso of Ethiopia.

The two ladies ended up as part of the Top 6 finalists and went home as first runner-up and fifth runner-up respectively.

Leguiab said Miss Costa Rica and Miss Ethiopia reached out to him through Instagram when they were looking for gowns to wear for the coronation night.

Having three top candidates wear his creations is an unprecedented feat for Leguiab, 27, who only became a full-time designer in March 2017.

“This is very important to me because it proved that anything is possible. This success is for God and my family, the supporters of my dream that has now came true,” he said. 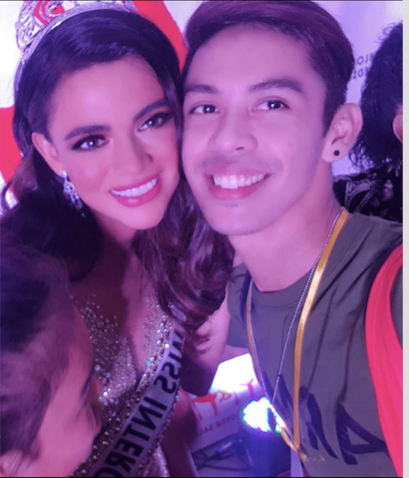 Leguiab also hails from Pampanga like Mak Tumang, one of the designers whom he looks up to.

Prior to embracing the designer profession as a full-time career, Leguiab said he worked different jobs for a well-known mall.

“I worked in the department store. In the appliances section, I was a promodiser selling expensive microphones. I worked in a jewelry store as a sales staff,” he said.

He was also a service crew in a fastfood store.

Leguiab started sketching gowns when he was nine years old. He had always been artistically inclined like his father, Benjamin III.

In 2017, he decided to quit his job and focused on designing and making gowns on a full-time basis.

“In life, sometimes you have to choose. I am a passionate person. I am not afraid to try new things,” he told Cebu Daily News Digital.

After his gowns gained spotlight in Miss Intercontinental 2018, Leguiab is looking forward to Binibining Pilipinas 2019.

“I’m currently working with candidates; a few of them are repeaters and strong contenders. One of them is a first timer, a model. I will be giving 100 percent of my talent for their national costumes and evening gowns,” he said. /dcb