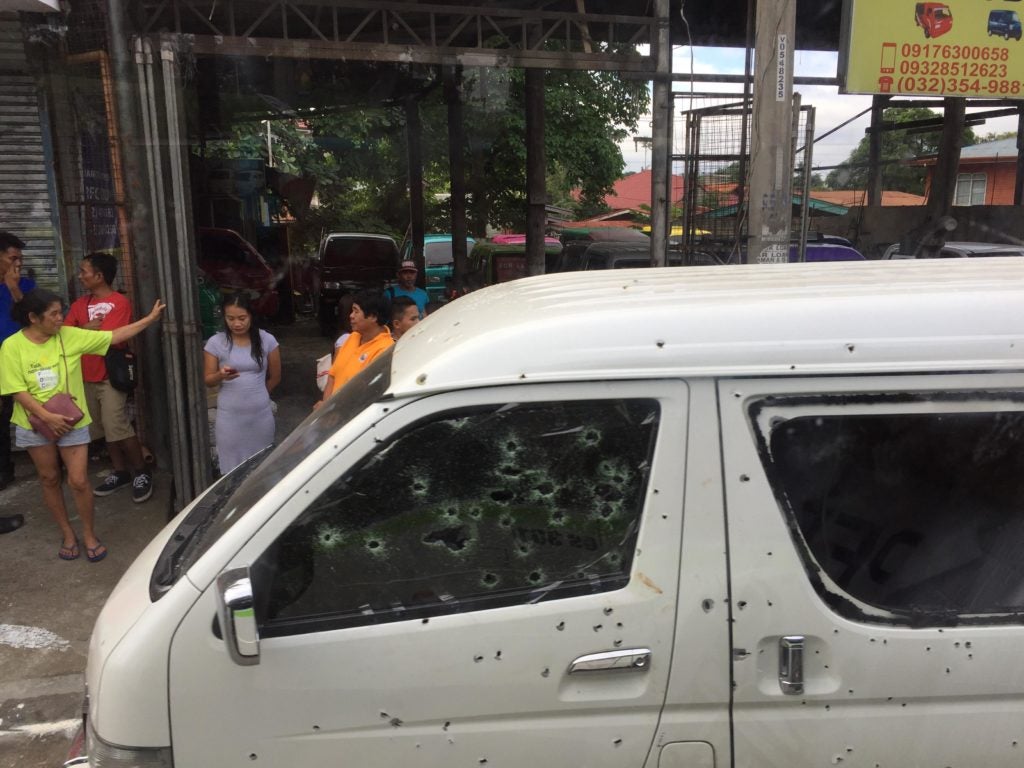 PRO-7 Director Debold Sinas says that the bullets recovered at the crime scene where San Fernando Mayor Lakambini Reluya and her group were ambushed matched with rifle recovered from the house of primary suspect, Jerome Labitad./CDN Digital file photo

CEBU CITY, Philippines — At least 40 out of the 73 empty shells recovered from the crime scene of the ambush on the group of San Fernando Mayor Lakambini Reluya matched the M16 rifle recovered from the hideout of primary suspect Jerome Labitad.

Chief Superintendent Debold Sinas, Police Regional Office in Central Visayas (PRO-7) director, said the crossmatch examination between the slugs and the rifle would strengthen the case that they would file against the two primary suspects that they have identified.

The Special Investigation Task Group (SITG) for the Reluya ambush earlier identified Labitad and Felix Abacajan Jr. as two of the four suspects in the ambush, which led to the death of Mayor Reluya’s husband,  San Fernando Liga ng mga Barangay President Ricardo “Nonoy” Reluya Jr., and two others.

Abacajan, a former village councilor of Maghaway, Talisay City, was earlier arrested in 2016 for illegal possession of firearms.

Sinas is referring to a recent buy-bust conducted by the police against Labitad in Barangay Campo 4 in Talisay City, which resulted to a firefight between him and the operatives.

Labitad, however, escaped during the operation.

“Therefore, this is the scientific evidence nga we are waiting that could strengthen our case against the suspects. We will be filing the case now in court. we have already enough evidence,” Sinas added./dbs