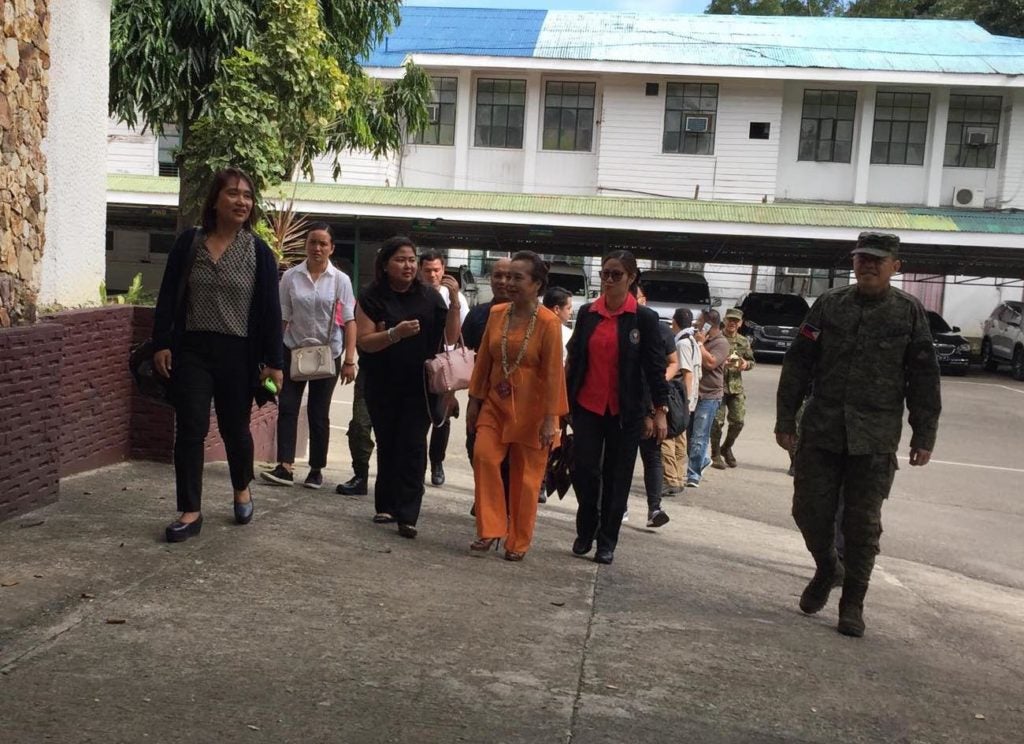 House Speaker Gloria Macapagal-Arroyo arrives in Camp Lapu-Lapu in Cebu City for the oversight hearing of the House Committee on Housing and Urban Development on the compromise agreement for the sale of the 32-hectare lot occupied by families of soldiers and their kin. CDN Digital photo | Rosalie Abatayo

Lorenzana’s approval of the compromise agreement will pave the way for the present residents, around 4,000 households, to own the lots that they occupy.

This development was announced during an oversight hearing of the House of Representatives Committee at the Camp Lapu-Lapu in Cebu City.

The area covering seven sitios in Barangay Apas was declared by then president, House Speaker Gloria Macapagal-Arroyo, as a socialized housing site through Presidential Proclamation no. 409 in 2003.

The conflict on the ownership of the lot has hampered the implementation of the said proclamation.

In October 2018, the Cebu Provincial government and Cebu City government  signed the compromise agreement in favor for the sale of the lots among qualified beneficiaries.

With the approval of the Department of National Defense (DND) of the compromise agreement, the residents and the Cebu provincial government shall now proceed with talks on the selling price of the lots. /bmjo

Read Next
Crimson Hotel and Resort: Dive against marine debris