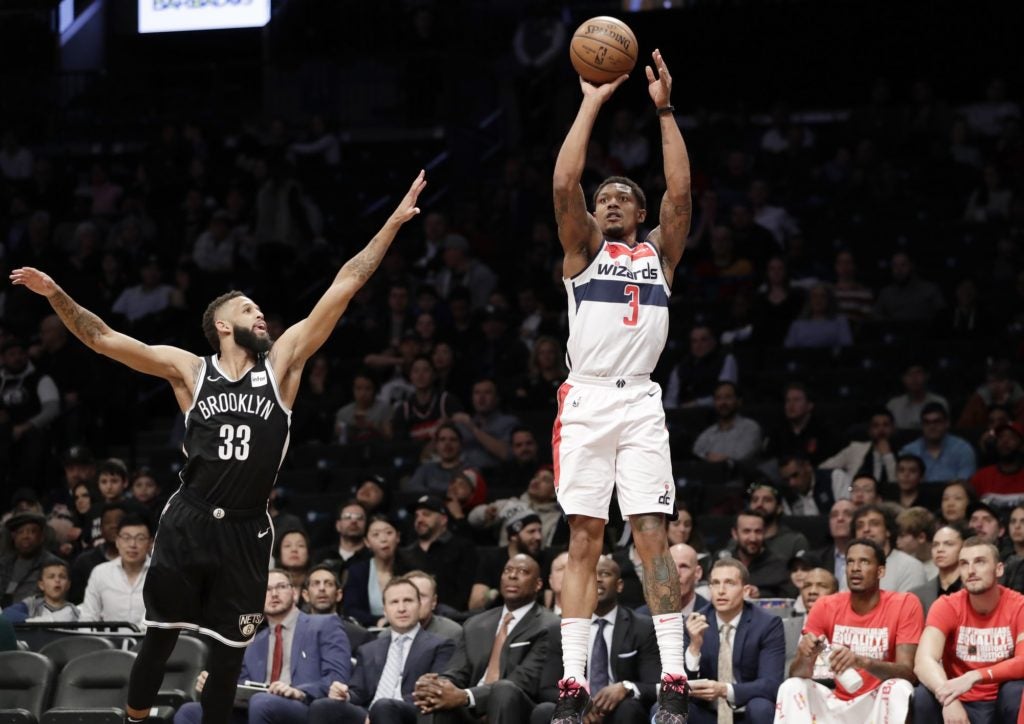 Reserve Thomas Bryant had 18 points and Bobby Portis finished with 10 points and 12 rebounds for the Wizards, who led by as many as 28 points. Washington had lost four straight and nine out of 12.

D’Angelo Russell scored 28 points for the Nets, who had their two-game winning streak snapped.

Washington looked like a team on its way to another loss after Brooklyn jumped out to a 10-0 lead on Joe Harris’ 3-pointer before Wizards coach Scott Brooks called a timeout with 9:39 to play in the opening quarter.

Washington regrouped and outscored the Nets 34-18 the rest of the period as Beal scored 13 points.

The Wizards then took a 68-60 lead heading into halftime after recording 23 assists on their 26 field goals.

The Wizards then put the game out of reach midway through the third quarter during a five-minute stretch in which the Nets turned the ball over six times and missed four shots.

Beal scored four straight points to open the second half for a 72-60 lead. Ariza later had 11 points in a 17-3 run as Washington extended its lead to 89-65 with 5:55 left in the period on a pair of free throws from Jeff Green.

A jumper by Jared Dudley ended Brooklyn’s scoreless drought with 5:35 remaining in the quarter.