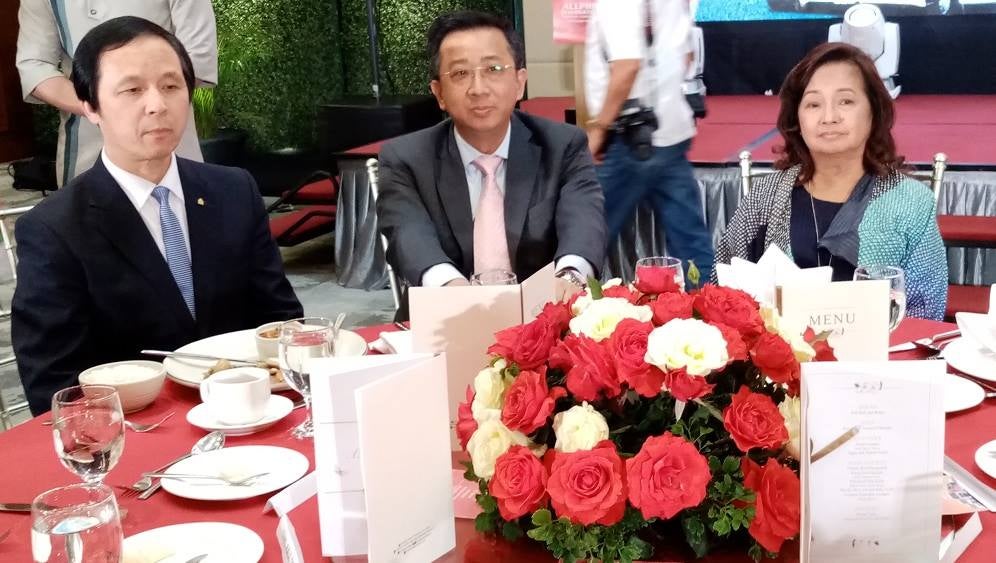 Arroyo was in Cebu Friday for several events including the blessing and inauguration of the All Prime International Motor Corp. sales and service center along UN Ave., in Mandaue City.

She also later attended the opening of the Blu-pool Waterpark in Barangay Langtad, Naga City.

Read More: GMA: No endorsements, no show of support for local bets for me

Since China is the second biggest economy in the world and would soon become the biggest economy, Arroyo said, it would become a major market for Philippine products.

“What a huge market it would be for our products,” she said.

“It’s really a big, big market. China has a population of 1.3 billion. It is now considered the second biggest economy next to the United States,” she said.

Arroyo recalled that there were even some who scoffed at developing the China market for the country’s bananas.

“Even if each Chinese eat only one banana a year, that would still be a lot of banana market,” she pointed out.

China has become the second largest buyer of the country’s bananas, amounting to $288 million in 2017.

According to Arroyo, China now has a liberalized economy and has encouraged other countries to sell products to them.

She also noted an increase in the number of Chinese tourists visiting the Philippines.

From zero after the hostage incident in Rizal Park during the previous administration, Arroyo said, the number of Chinese tourists coming to the Philippines had reached two million.

Under the present administration, the Philippines now enjoys warm relationship with China./dbs

Read Next
GMA: No endorsements, no show of support for local bets for me