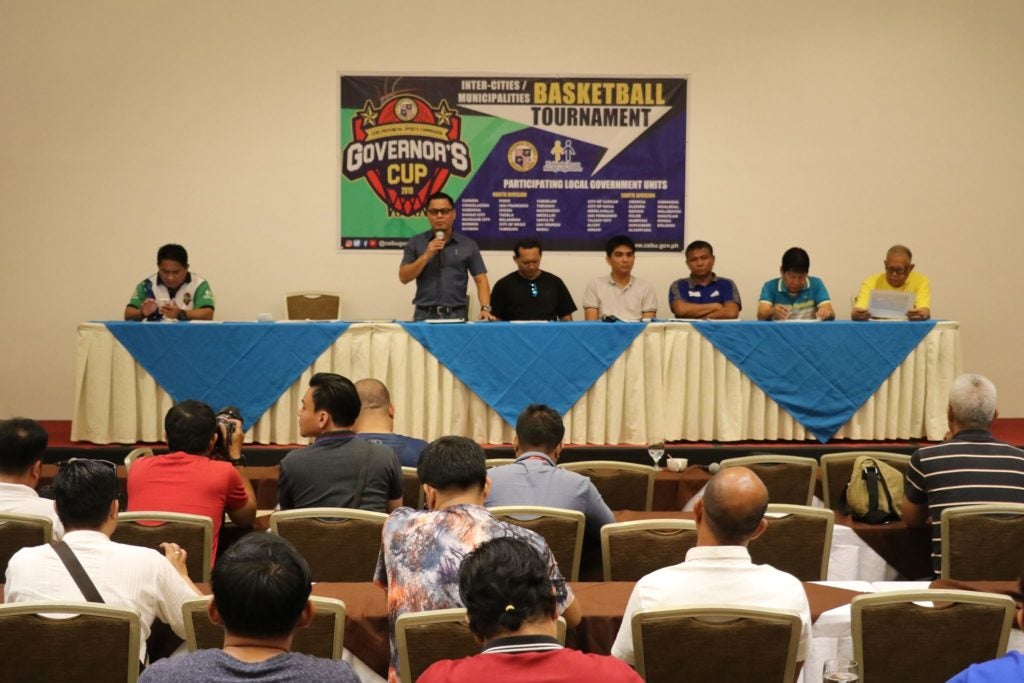 Cebu City, Philippines — The Governor’s Cup 2019 Inter Cities/Municipalities Basketball Tournament will skip the normal pageantry of a grand opening ceremony and will instead plunge straight into the action in eight different venues this Saturday, March 9, 2019.

In the press conference that was presided over by Cebu Provincial Sports Commission Executive Director, Atty. Ramil Abing, on Tuesday, March 5, 2019, at the Golden Peak Hotel, he said they are opting to go this route because of “time constraints.”

“We have time constraints. We wanted to open before the start of the political campaigns,” Abing said.

In previous iterations of this very same tournament, organizers often staged one grand opening ceremony wherein all the teams were obligated to be present.

However, not all teams saw action, which is something Abing explained they wanted to avoid to save the teams from incurring unnecessary expenses.

In all, 41 teams are competing in this massive Cebu-wide tournament.