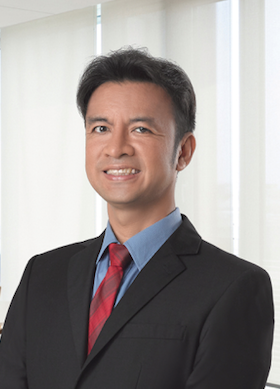 Smoking , by itself, cannot  be a factor that bars compensation for the seafarer’s death due to  illnesses such as aneurism.

The tendency of seafarers to smoke is often associated with the stress experienced at sea.

Seafarers are exposed to extreme weather conditions: rough seas and storms result in the rolling and pitching of the ship, leading to an unstable environment that makes physical work difficult.

Most seafarers are exposed to ongoing elevated stress levels something which has a negative impact on physical and mental health not to mention that it can lower work performance. There might be variations of stress levels due to the type and nature of the work depending on the duties that have been assigned to the seafarer.

Extremely high number of working hours over a lengthier period of time combined with lack of sleep can elicit chronic fatigue, health problems and safety risks on the vessels.

What makes the job more difficult, aside from exposure to fluctuating temperatures caused by variant weather changes, the job obviously entails laborious manual tasks conducted in a moving ship, which makes for increased work-related stress.

In most cases, employers use as a defense the seafarer’s admission of being smoker to deny claims for disability or death benefits as they argue that genetic predisposition has caused his ailment and that his smoking habits hastened its development.

In the case of Dohle vs. Heirs of Gazzingan (G.R. No. 199568, June 17, 2015) the Supreme Court stressed that smoking, by itself, can not be a factor that bars compensation for the illness such as dissecting aneurysm.

While smoking may contribute to the development of the disease, it is not the only possible cause. Other factors such as working and living under stressful conditions also contribute to its development.

Aortic dissection, also called dissecting aneurysm, is a potentially life threatening condition in which there is bleeding into and along the wall of the aorta, the major artery leaving the heart. The condition starts with a tear in the wall of the major artery carrying blood out of the heart and as the tear extends along the wall of the aorta, blood enters the aortic wall and “dissects” or separates the layers of the aorta from one another which leads to aortic rupture or decreased blood flow to the organs. This can then result in heart attacks, strokes, paralysis, and renal failure among other medical conditions.

The Supreme Court noted that the ailment’s risk factors, which include but are not limited to aging, connective tissue and rare genetic disorders, atherosclerosis, inflammation, trauma, high blood pressure, heart surgery/procedures, and pregnancy, do not seem to be direct causes of the disease, such that having one makes the chances of getting the condition higher but does not always lead to aortic dissection.

The Supreme Court then stressed that smoking habit cannot be used to deny the claims as the exact cause of aortic dissection (as well as other illnesses) is still unknown and remains under investigation.