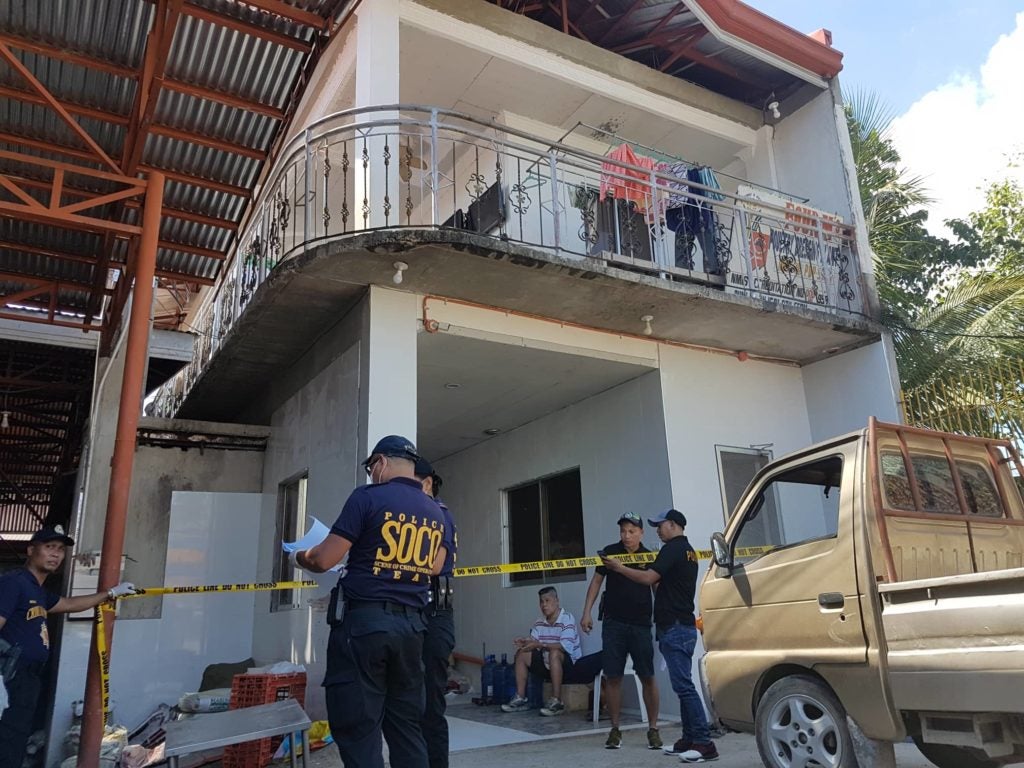 The photo of the house where SPO1 Mike Espina was shot in Talisay City on Wedensday, March 6, 2019. CDN Digital photo | Benjie Talisic

Senior Police Officer 1 Mike Espina, who is currently assigned in Masbate, was shot by a still unidentified suspect while he was on the terrace of a poultry dressing plant he owned in Talisay City.

Virgilio Espina, the elder brother of the victim, said the policeman was on a two-day leave and just arrived from Masbate on Tuesday.

Staff Sargeant Glenn Besande, who is assigned to handle the case, said Espina was gunned down by a suspect who was on board a white van.

Besande said Espina suffered multiple gunshot wounds to his body and was immediately brought to the hospital but was declared dead on arrival.

Witnesses in the area of the shooting couldn’t identify the shooter since, according to them, the suspect shot Espina from inside the van using a sniper rifle.

Virgilio said he remains puzzled on who wanted his younger brother killed since he described Mike as a kind person.

The victim used to be with the Talisay City Police Station but was part of the cops relieved last September 2018.

Police Regional Office in Central Visayas (PRO-7) Director Police Brigadier General Debold Sinas ordered the relief of all the 65 policemen of the Talisay City Police Station following the announcement of President Rodrigo Duterte that most of the policemen there were involved in the illegal drug trade.

Police have yet to determine the motive of the shooting as of press time. They also could not confirm if Espina was involved with drugs or not since they are still investigating the incident. /bmjo

Read Next
Tagle to Catholics: Help feed children from poorest communities across the country