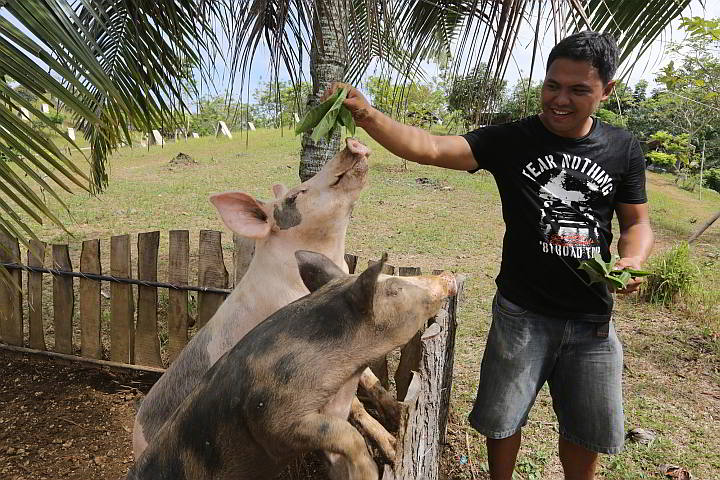 CEBU CITY, Philippines—Meat from pigs suffering from heat stroke are safe to eat.

Dr. Alice Utlang, Cebu City Department of Veterinary Medicine and Fisheries (DVMF) head, gave this assurance as she warned of the the effect of El Niño on pigs.

Utlang told Cebu Daily News Digital over the phone that hograisers might opt to slaughter pigs suffering from heat stroke as long as they had no other diseases.

This is what hograisers call ‘emergency slaughter’ which is often done to hogs with terminal conditions to identify if their meat can still be consumed.

Utlang said that heat stroke is different from other illnesses as this is caused by the extreme conditions of the environment unlike other illnesses such as hog cholera or jaundice which are caused by bacteria or viruses.

For heat stroke, emergency slaughter may be a choice for hograisers to identify if the pig’s meat is safe to eat.

Only the meat inspector, a licensed and authorized personnel of the DVMF, can tell if the meat of a pig suffering from heat stroke is fit for consumption.

However, Utlang said that pigs, which died of heat stroke, could not be consumed.

She said that the pigs would need to be slaughtered alive.

She said the meat would have to go through a series of inspections before these would be released to the market, and so that consumers would not have to worry if the meat they would eat was unsafe.

Despite this, Utlang encouraged the public to check their source of meat if they had a certification to sell meat, if the meat had been stamped by the meat inspectors as safe, and if the meat itself had no foul odor.

She warned the public against double dead meat which could be identified through blood clots on the meat or bruises on the meat skin.

She said that if people found double dead meat on the market, they should report this immediately to the DVMF./dbs