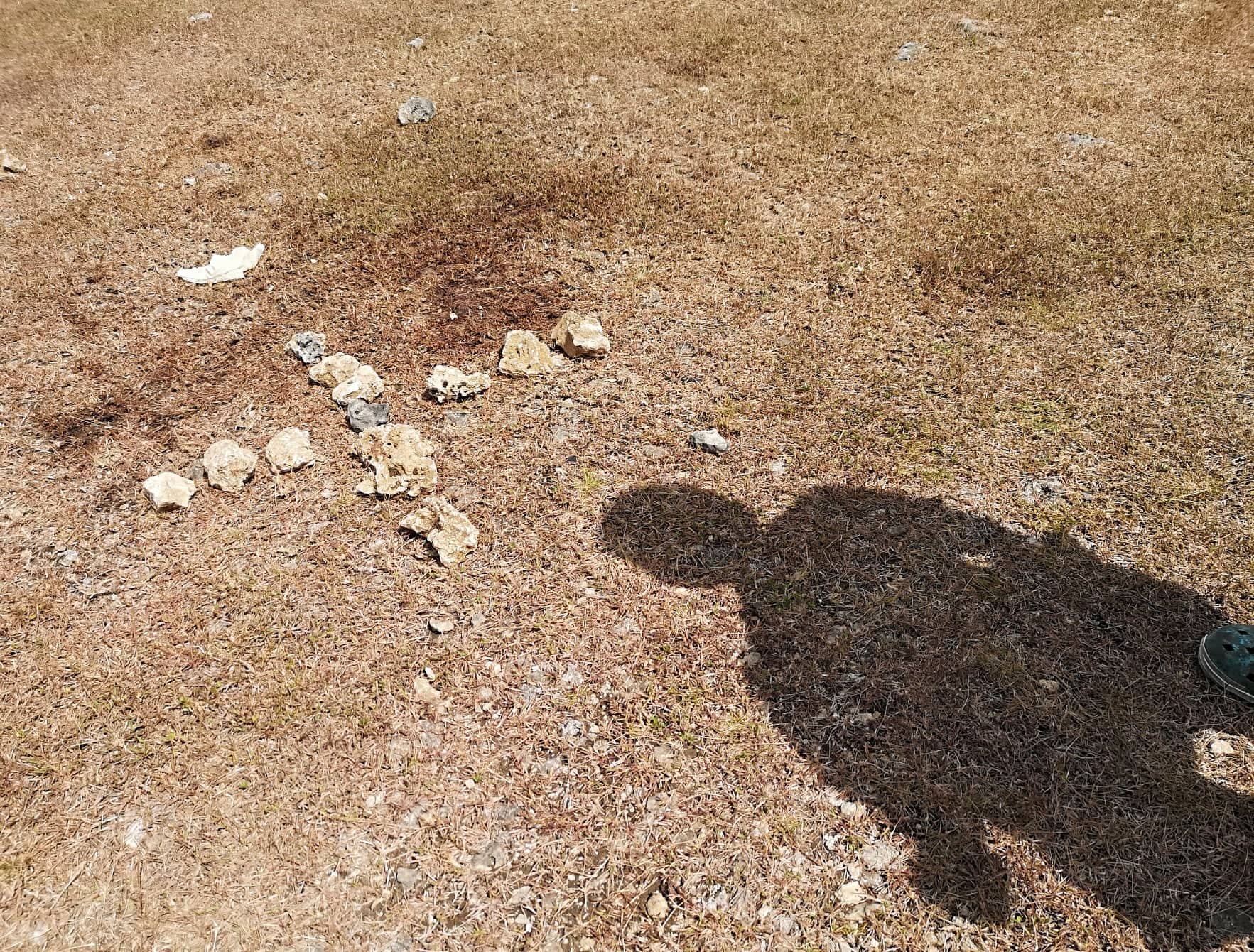 Rocks formed to a cross were placed in the spot where 16-year-old Christine Lee Silawan was found dead in Barangay Bankal in Lapu-Lapu City. CDN Digital photo | Tonee Despojo

LAPU-LAPU CITY, Cebu — A P100,000 cash reward awaits anyone who can give any lead to the identification of the suspects in the brutal murder of Christine Lee Silawan.

“It can be anyone, a police, military or even the media, who can give information relevant to the identification of the real suspect. Identification lang gyud and we will do the rest,” Obon said in a press conference on Tuesday, March 12, 2019.

Silawan is the 16-year-old student who was found dead, half naked and with her face skinned to the bone in a barren lot in Barangay Bankal on Monday, March 11, 2019.

Obon said that they have already formed a Special Investigation Task Group to maximize police resources in solving the case.

LLCPO said that those who have information about the suspects can go to any police station or at the  LLCPO office in Barangay Pusok in Lapu-Lapu City. They can also call the LLCPO hotline numbers (032) 255-3943 or 0906-5151-860. /bmjo

Read Next
PAGASA warning: Heat index may rise to 40 degrees