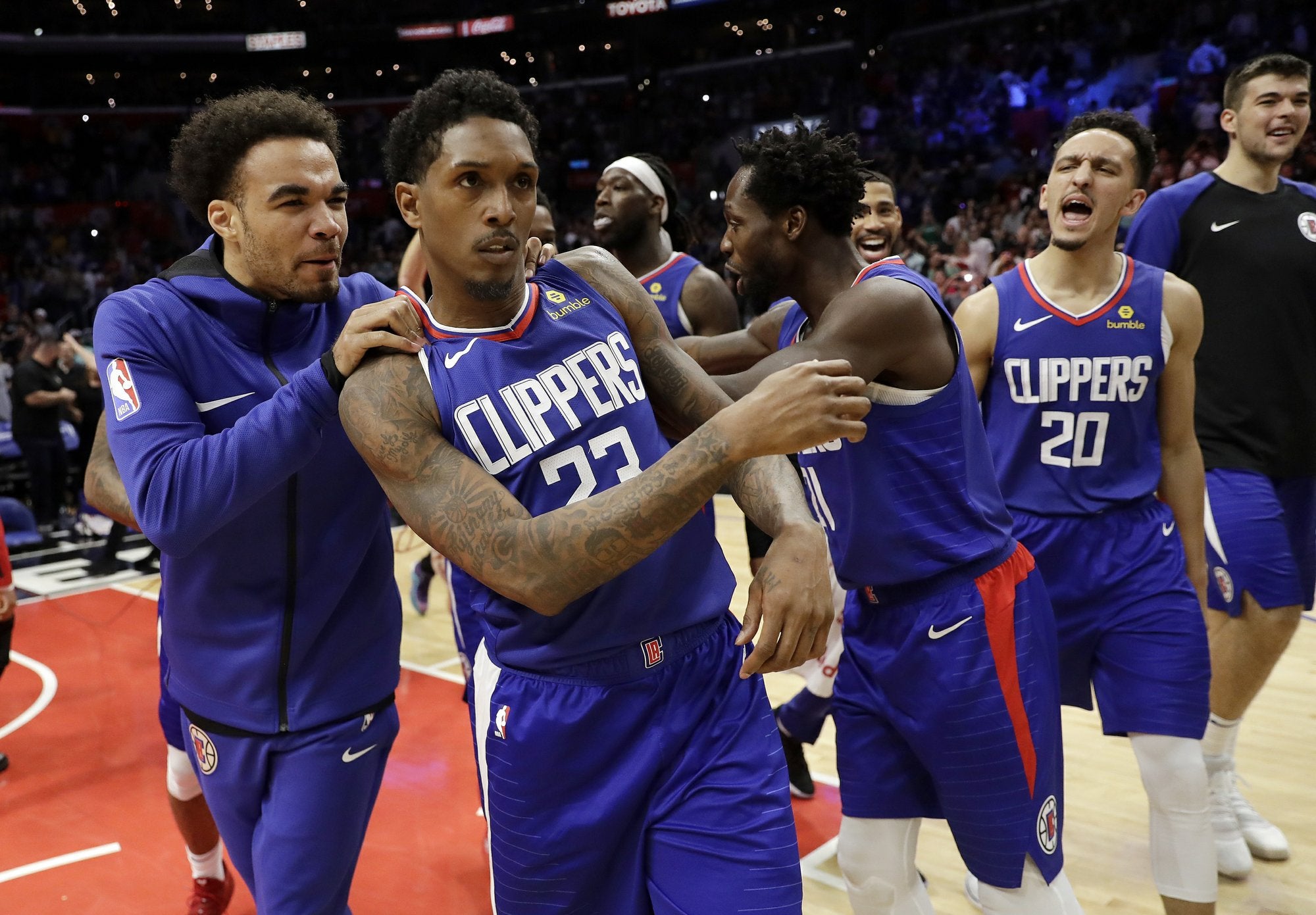 LA Clippers guard Lou Williams is mobbed by his teammates after scoring the game-winning three pointer against the Brooklyn Nets. | AP photo

LOS ANGELES  — Lou Williams hit the game-winning 3-pointer from the top of the key at the final buzzer to give the Los Angeles Clippers a 119-116 victory over the Brooklyn Nets on Sunday night (Monday morning, Philippine time).

Los Angeles led 116-106 with 1:02 remaining, only to see Brooklyn score 10 straight points and tie it with 5.3 seconds remaining on DeMarre Carroll’s dunk. The Clippers called a timeout to set up the winning shot for Williams, who finished with 25 points.

Montrezl Harrell and Danilo Gallinari each scored 20 for the Clippers, who have won seven of their last eight. The victory was Doc Rivers’ 300th as Clippers coach, making him the seventh coach in NBA history with 300 or more regular-season wins with two or more teams.

D’Angelo Russell led the Nets with 32 points, and Carroll added 22.

The game was tied at 87 at the end of the third quarter when the Clippers went on an 18-4 run the first five minutes of the fourth, shooting 7 of 9 from the field. Brooklyn scored 10 straight to draw within 105-101 with 5:23 remaining before the Clippers answered with six consecutive points.

The Nets dominated the early part of the game and led 46-27 with 8:07 left in the second quarter before the Clippers took over, going on a 33-9 run over the final eight minutes to take a 60-55 lead at halftime. Gallinari scored 13 and Harrell added 12 during the run as Los Angeles went 11 of 14 from the field and was 3 of 4 on 3-pointers.

Brooklyn started the game making nearly half its shots from the field, but was 3 of 17 during the Clippers’ run.

A 3-pointer by Landry Shamet gave the Clippers an 11-point lead four minutes into the third quarter before the Nets fought back. Harris and Russell each had six points during a 19-4 run that saw them hold an 82-77 advantage with 3:23 remaining in the quarter. Los Angeles rallied though to knot it up going into the fourth.