El Niño has affected crops in 7 towns, 2 cities of Cebu; fish kill cases on the rise 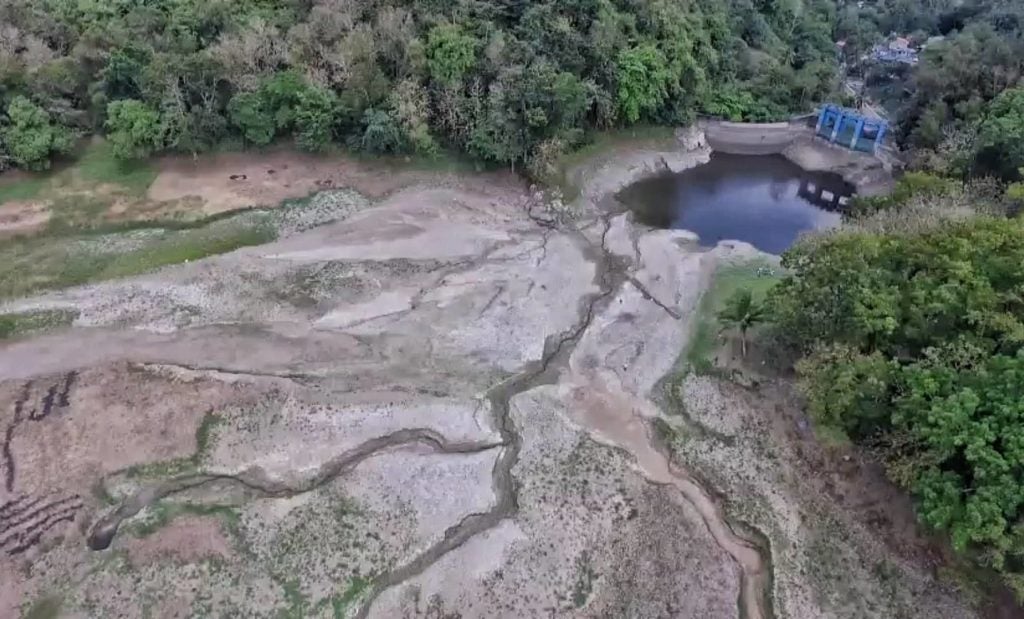 An aerial view of the diminished water supply at the Buhisan Dam taken on March 11, 219 as the dry spell brought on by the El Niño weather phenomenon takes a toll on crops, fish farms and water supply in Cebu. |CDND Photo/Tonee Despojo

CEBU CITY, Philippines — The heat brought on by El Niño this year, while considered a weak dry spell, has continue to take a toll on the agriculture and aquaculture farms in Cebu province.

Provincial Agriculturist Roldan Saragena said now is the best time for farmers and fish growers to insure their crops and produce, using the insurance program provided by the Cebu provincial government that been allocated P24 million this year.

Based on the latest report received by the Provincial Agriculturist Office,  around 30 hectares of crops have experienced wilting due to dry spell while cases of fish kills have increased.

Saragena said that among the affected areas are located in  seven municipalities – Argao, Badian, Balamban, Dumanjug, Oslob, Sibonga and  Alcantara and two cities – Mandaue and Carcar – of Cebu.

The municipality of Dumanjug has recorded the largest hectare of crops that has been affected by El Niño, where around 20 hectares planted to corn have experienced wilting at their tasseling stage.

On fish kills, 44,200 pieces of tilapia and 4,000 pieces of bangus in Carcar City has died due to sudden increase of temperature in fish ponds, while 6,000 kilograms of seaweeds and 300 kilos of talaba have also been damaged due to high temperature. Saragena clarified that the crop insurance program of the province is for free. Affected farmers just need to fill up registration forms and submit pertaining documents.

In 2018, he said that a total of P37 million was released by the province for beneficiaries of crop insurance program.

Currently, Saragena said that there were more than 70,000 farmers who have registered and insured their crops out of 300,000 to 500,000 farmers in the province of Cebu.

Earlier, the Cebu Provincial Disaster Risk Reduction and Management Council (PDRRMC) has recommended the declaration of state of calamity in the whole province to enable the provincial government to provide aid to farmers affected by the El Niño weather phenomenon.

The PDRRMC recommendation will be  endorsed to the Cebu Provincial Board for approval.

The reports of rising crop damage in Cebu province came just as the Metro Cebu Water District also warned of a looming water shortage in metropolitan Cebu due to diminishing water supply, including a drop in the water level of Buhisan Dam in Cebu City./elb

Read Next
STRAIGHT TO THE POINT: Quest for justice for Christine Silawan is on