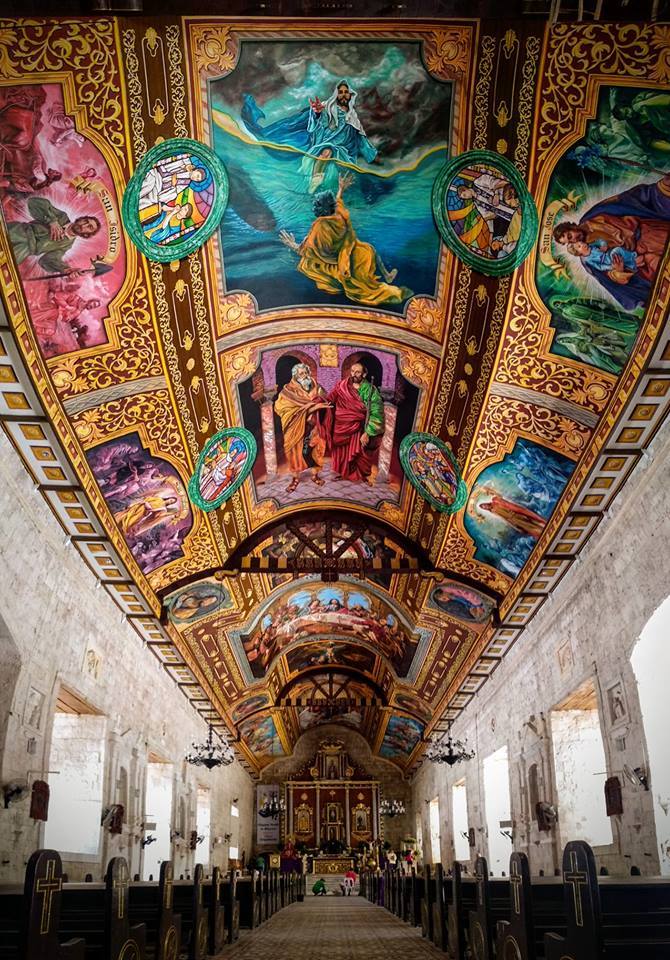 The ceiling project at the St. Peter and Paul Parish in Bantayan Island is now 75 percent complete and is expected to be done by mid May 2019. | photo from Aris Avelino Elardo Pastor’s Facebook page

Cebu City, Philippines —  For Aris Avelino Elardo Pastor, his work on the ceiling of the St. Peter and Paul Parish in Bantayan Island, northern Cebu is his first huge masterpiece.

Pastor, who is from Palompon, Leyte, leads a team of 12 artists dubbed Dibuho Kisame Crew that is responsible for transforming the 1,130-square meter ceiling of one of the oldest churches in the country into a work of art. 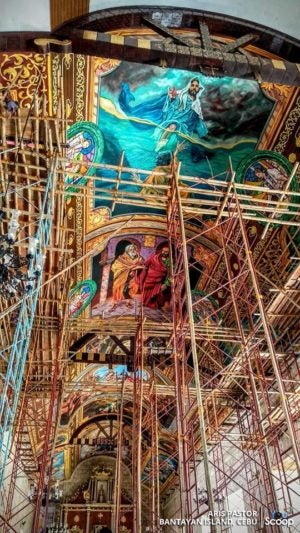 From a plain white ceiling, parishioners, tourists and visitors will soon be amazed by the work of Pastor and his team that is inspired from the stories and characters from the Bible.

“It’s a dream project for me. And it’s also my first huge masterpiece so far. I got help with some artists based in Palompon, Leyte; Cebu City and Bantayan,” said Pastor.

Pastor started the project in September 2018 with just four of his friends from Palompon. The team grew when he recruited artists from Cebu and from Bantayan.

Now on its last phase, Pastor said the ceiling project is now 75 percent complete and is expected to be done by mid May 2019.

“The new ceiling of Bantayan not only for the beautification of the church but it also served as a visual catechism for Catholics who will visit the church,” Pastor said.

According to Pastor, he was contacted by the parish priest of Bantayan, Rev. Fr. Joselito “Joy” Danao and was asked to make a design for the project based on the concept given by the parish committee.

The Dibuho Kisame Crew is thankful for the support of all the benefactors who are local Bantayanons based in Cebu and abroad. /bmjo