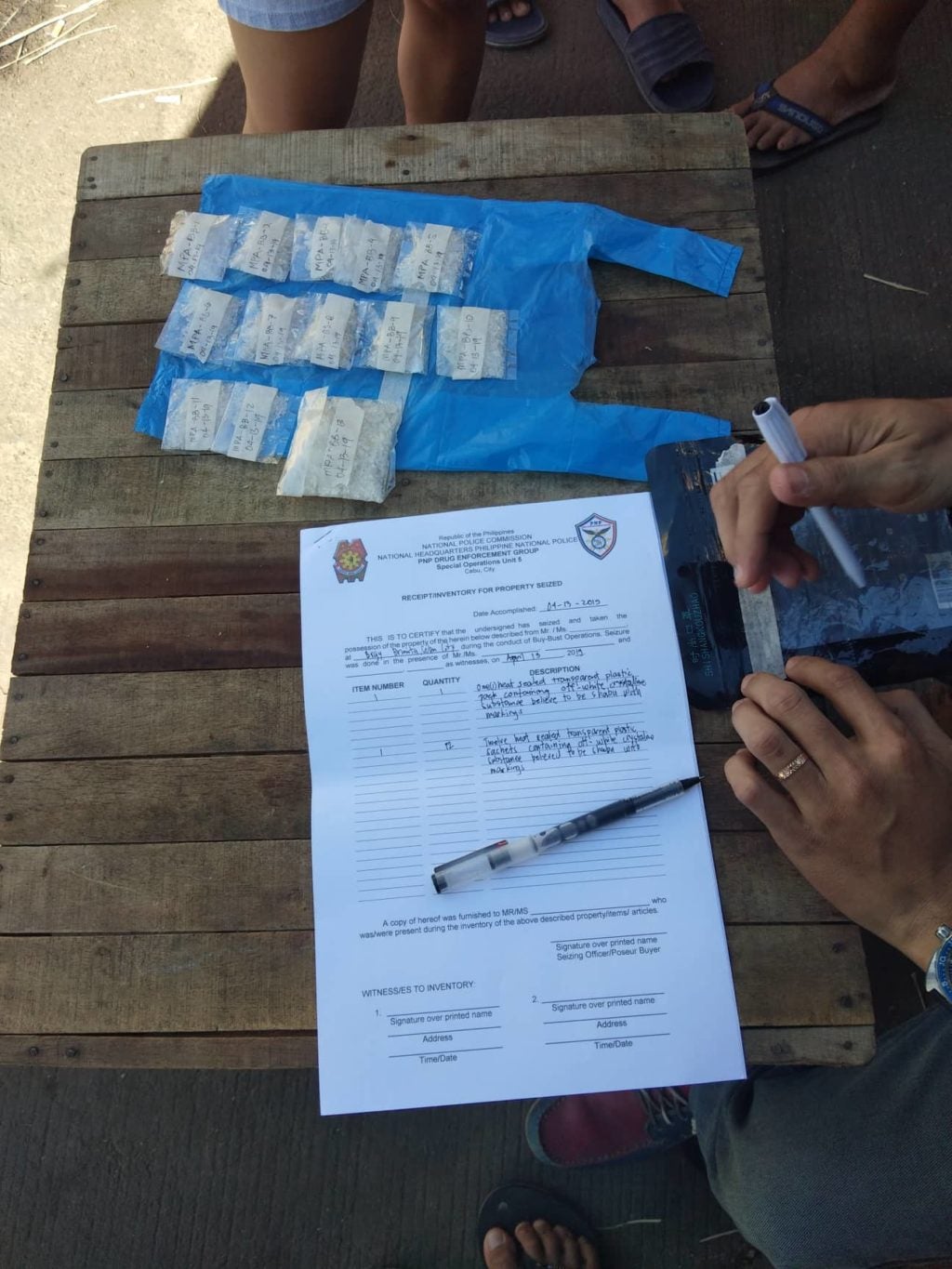 Packets of suspected shabu weighing 85 grams are being processed by police after the buy-bust operation where they caught Menjay Arcilla at the Carbon Public Market.|Benjie Talisic

CEBU CITY, Philippines — An 18-year-old woman was caught with half a million pesos worth of suspected shabu during an anti-illegal drugs operation in the Carbon Public Market in Barangay Ermita in Cebu City on April 13, Saturday.

Mayam said the suspected shabu confiscated from Arcilla had an estimated Dangerous Drugs Board value of P578,000.

Mayam said Arcilla, who is known as Ninjay, was allegedly a drug courier of  of a group headed allegedly headed by a drug lord operating in Cebu.

He said that Arcilla had been tasked by the drug group to deliver the suspected shabu to their buyers.

Arcilla was detained at the Carbon Police Precinct pending the filing of charges./dbs