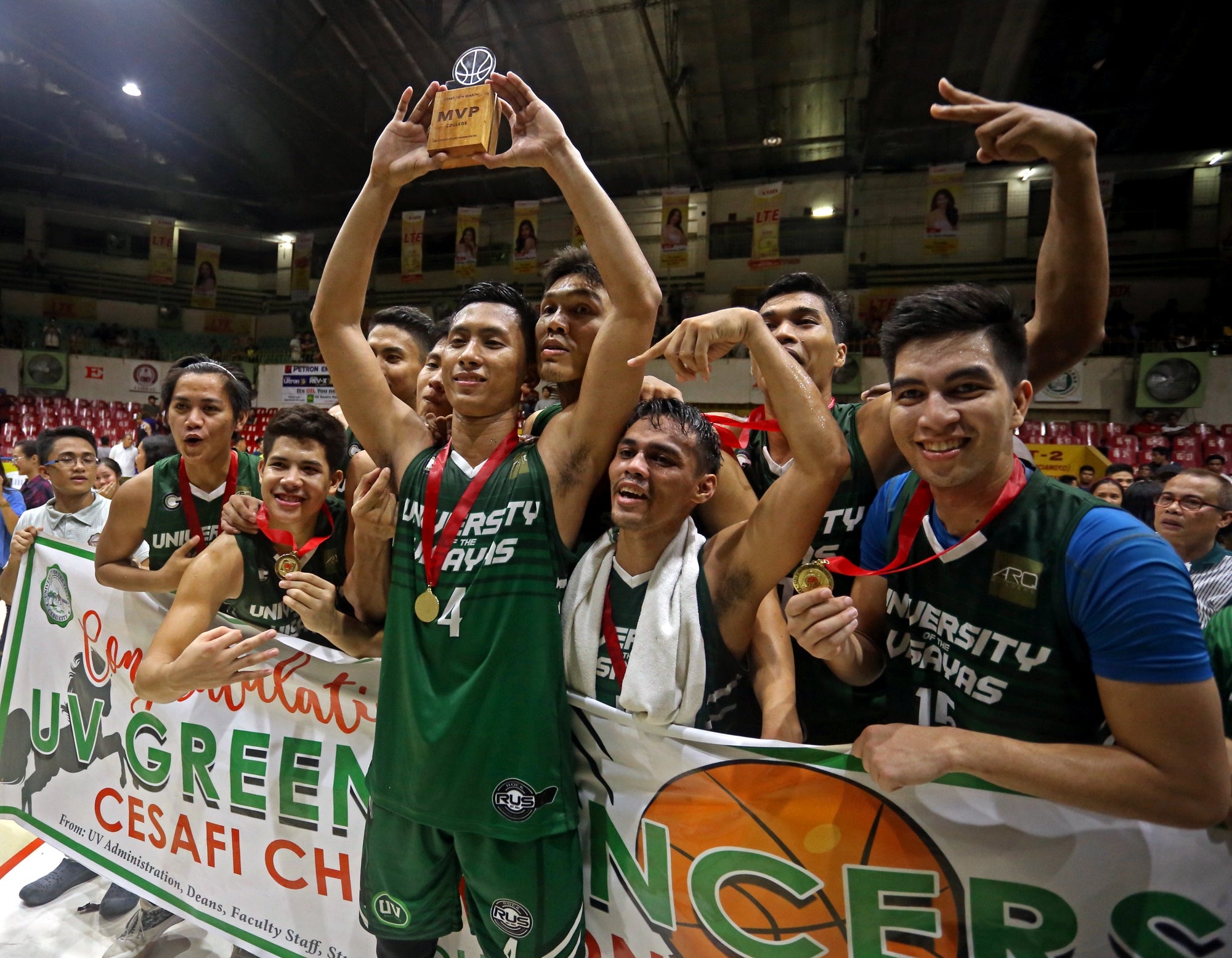 Cebu City, Philippines — University of the Visayas (UV) Green Lancers head coach Gary Cortes lauded his former ward, Rey Anthony Suerte, for making the decision to move to the University of the East (UE) to be able to play in the UAAP.

On Wednesday morning, April 17, 2019, Suerte confirmed to CDN Digital that he was moving to UE in the next UAAP season.

Upon learning about the development which was first reported by CDN Digital, Cortes couldn’t help but be proud of his former player.

He said that Suerte, the Green Lancers’ star and chief catalyst in UV’s three consecutive Cesafi titles, made the best call in opting to play for the Red Warriors rather than one of the already-established UAAP teams as this will afford him the precious opportunity to really showcase his talent and skills to the mainstream.

“For me, it’s a wise and perfect move. He can play a lot more minutes, and knowing UE’s standing last season was only 1-13 (win-loss), if he can help the Red Warriors improve on that even if it’s just by one win, then he has done his job,” said the fiery head coach.

Knowing that his former player has his eyes set on one day making it to the big league, transferring to an established UAAP team like FEU — which had also been trying to recruit Suerte — might not have been an ideal situation.

“Had he gone to a title contender and they make it to the Final Four or even become champion, he might not have had a big hand in all that. He might be just a small part of the success and not a big factor,” shared Cortes. /bmjo