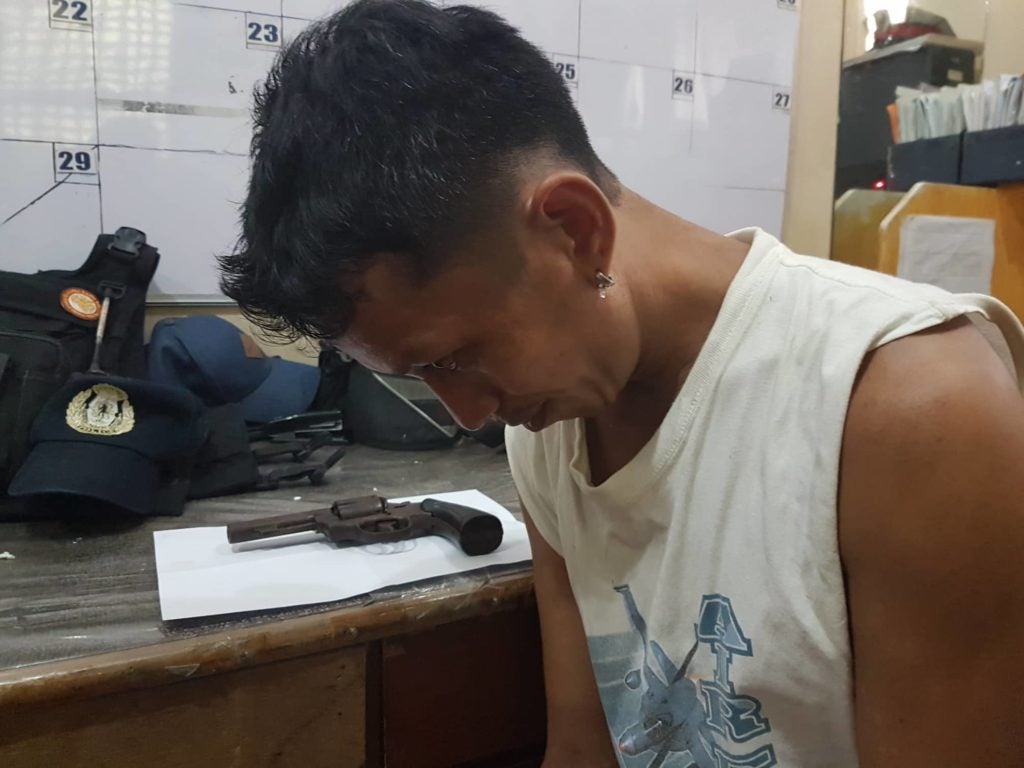 Jeffrey Guia, whom police identified as a Zapatera barangay tanod, is caught with an unlicensed gun as he was walking along E. Chavez St. on April 20. | Benjie Talisic

CEBU CITY, Philippines — A tanod of Barangay Zapatera in Cebu City was caught walking along E. Chavez Street in Barangay Lorega San Miguel, Cebu City on Black Saturday, April 20, with a gun tucked in the waistband of his pants.

Unfortunately, for Jeffrey Guia, 40, a police officer who was heading to the Parian Police station on a motorcycle after an operation in the area at past 8 p.m.,  passed by Guia, who was walking along the street, and saw the hand grip of the .38 caliber revolver protruding at the side of Guia’s waist.

The arrest came two days after a bomb scare happened in the area when a bag of dirty clothes was left unattended along E. Chavez Street in Cebu City.

On Guia’s arrest, Labora said that they had confirmed that Guia was a barangay tanod of Zapatera.

Guia told police that he just wanted to pawn his gun to a friend.

He also claimed that he had never brought his gun outside his house because he knew it was an unlicensed gun.

He said it was only today that he brought it along with him because he was going to pawn it to a friend.

Guia was detained at the Parian Police Precinct detention cell pending the filing of charges. /dbs