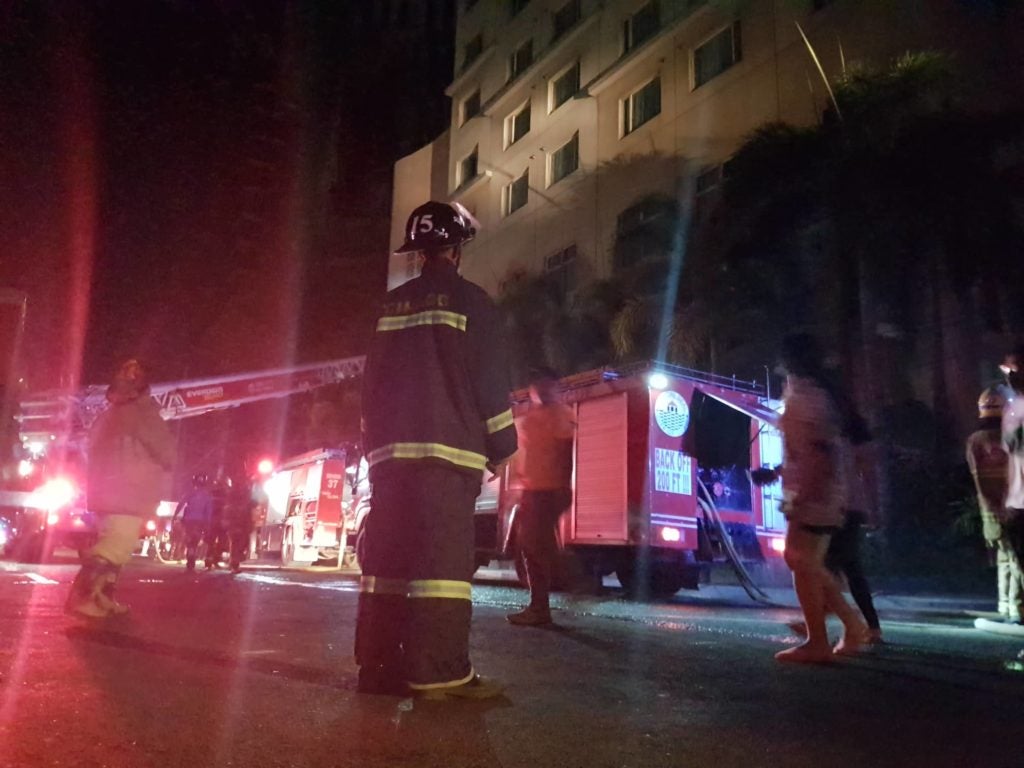 Firefighters respond to a fire alarm at Elizabeth Hotel along Archbishop Reyes Avenue in Barangay Kamputhaw, Cebu City at past 1 a.m. on April 21. | Benjie B. Talisic

CEBU CITY, Philippines — At least 200 guests of Elizabeth Hotel were awakened by an early morning fire on Easter Sunday, April 21, at the third floor of the of the 12-storey building in a room where the hotel’s generator set was situated.

According to records from the City Disaster Risk Reduction Management Office, that at the time of the fire the hotel had 253 guests including six children.

This was raised to the second alarm at 2:13 am, and the fire department declared it under control at 2:15 am. Fire out was then declared at 2:25 am.

This was the third fire of the weekend in Cebu City with two fires happening on Saturday, April 20 in Barangay Bacayan and in Barangay Cogon Pardo.

On the hotel fire on Sunday, Ababon said that the fire started at the third floor of the hotel where the generator set was situated.

Read more: Pardo fire: A man’s fit of rage cost him his house

He said that a transformer at an electric post outside the hotel exploded causing an electric disruption at the hotel. With this, the electric generator set of the hotel automatically kicked in.

However, he said, that the generator set conked out and then a few minutes later it caught fire.

Ababon said that no one was hurt in the fire andonly the generator set room was damaged.

and he estimated to damage to property at P10,000.

He said they were only responsible for assessing the damage to the structure and the generator set was not part of the assessment.

He said the generator set was destroyed by the fire.

He said that they were investigating if the fire could have been avoided if they found out something was wrong with the generator set.

Ababon said that the hotel would temporarily be closed while they were investigating the fire incident./dbs

Read Next
Pregnant woman from Bato, Ermita jailed for possession of shabu