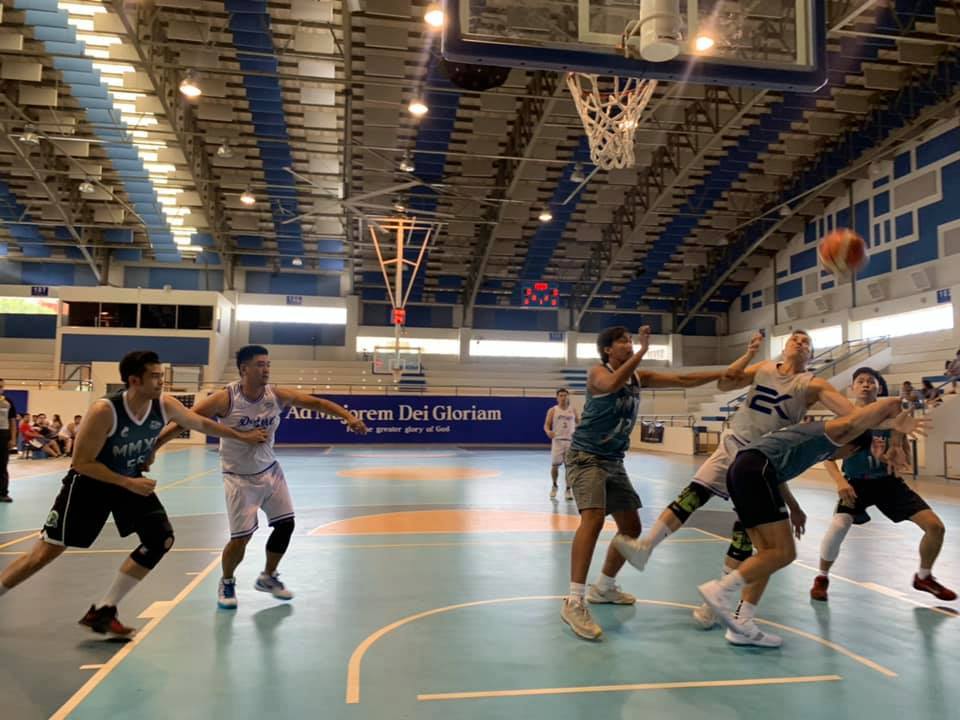 Batch 2000 and 2012 battle for the loose ball in this bit of SHAABAA Summer League action. | contributed photo

Cebu City, Philippines—Batangas Athletics wingman Moncrief Rogado kept on rolling as he scored 23 points and pulled down 16 rebounds to lead the 2003-Cebu Landmasters to a 65-50 victory over 2011 in the SHAABAA Summer League 2019 Bad Boys Wingz Cup on Sunday, April 28, 2019, at the Magis Eagles Arena in Mandaue City.

Rogado got plenty of help from Justin Huang, who had 18 points, nine rebounds and three assists while Jan Jaca put up 10.

Joevince Canizares led the way for the winning side as he scored 23 points and hauled down 16 boards in an impressive show of force.

And finally, the Magis Eagles B creamed 2002, 95-42, behind the near-triple-double effort of Aaron Abunawan who had 18 points, nine rebounds and eight assists. Raffy Celis was likewise brilliant, with 17 points and 16 rebounds. /bmjo