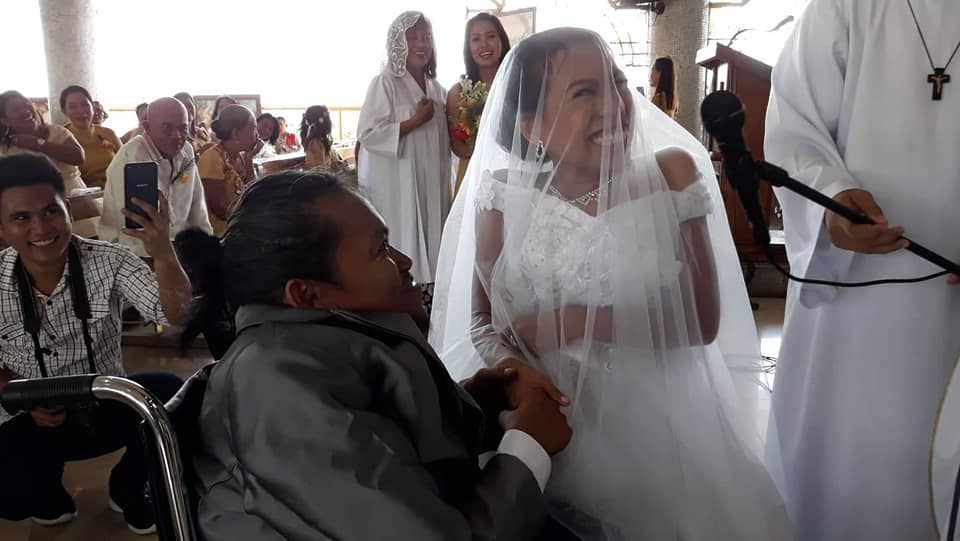 Godfrey Paquibot and Irish Bariquit were all smiles during their wedding ceremony last May 19, 2019. /Photo from Lapu-Lapu City Government Facebook page

Cebu City, Philippines— A love story that knows no boundaries is making rounds on social media.

The love story of Godfrey Paquibot, 41, and Irish Bariquit-Paquibot, 31, became a source of inspiration for many after the couple proved that their disabilities was never a hindrance to the love that they share for each other.

Godfrey is a polio victim while Irish is suffering from orthopaedic deformity.

The couple exchanged “I Dos” on May 19, 2019 at the St. Augustine De Hippo Parish Langtad, Naga City where Irish is from.

With a beautiful smile on her face, Irish walked down the isle in a white bridal gown while Godfrey, who was in a wheeled chair, waited for her near the church altar.

Photos of the wedding were posted on the Lapu-Lapu City Government Facebook page on May 19, 2019. 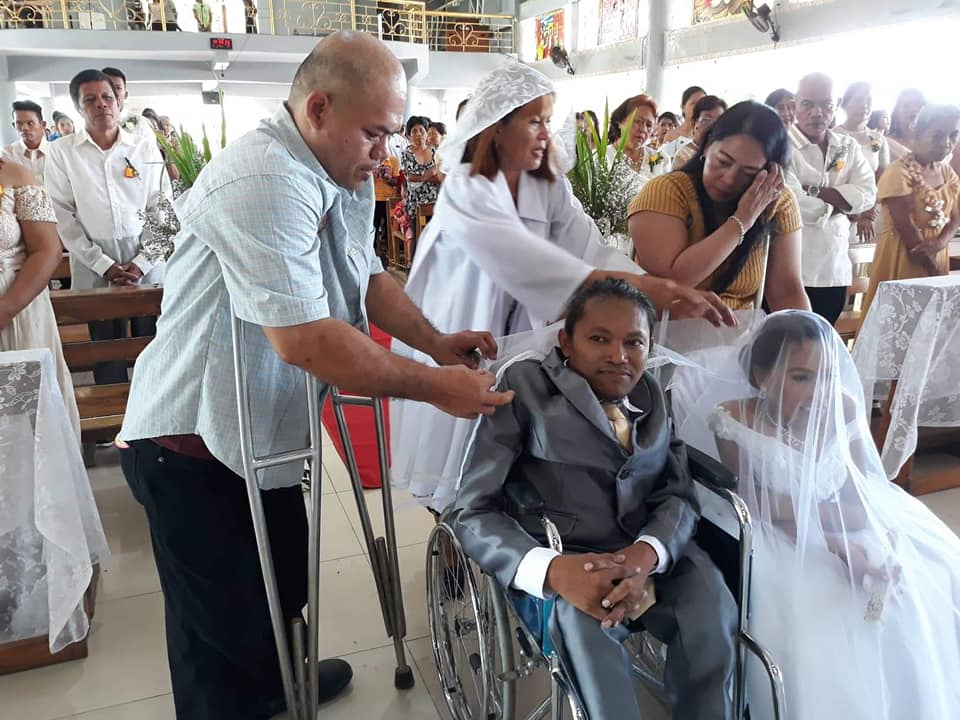 Colleagues and close friends joined the couple on their special day./Photo from the Lapu-Lapu City Government Facebook page

As of 3 p.m. today, May 21, the Lapu-Lapu City Government’s post generated 1, 600 engagements; 291 shares; and 147 comments mostly coming colleagues and friends of the couple.

Godfrey, a computer science graduate, has been working as a house parent at the Lapu-Lapu City Social Welfare and Development (CSWDO) since 2006 while Irish joined the City Civil Registrar’s office in 2016 after she left her employment as a production worker in one of the companies at the Mactan Export Processing Zone (Mepz).

Workmates introduced the two, who became sweethearts on April 2017.

Godfrey said he immediately fell in love with Irish because of her sweetness. She would always look after his needs and make sure that he will have something to eat.

The two finally decided to tie the knots on May 19, 2019 in a very simply yet memorable ceremony held at the St. Augustine De Hippo Parish in Barangay Langtad, Naga City. 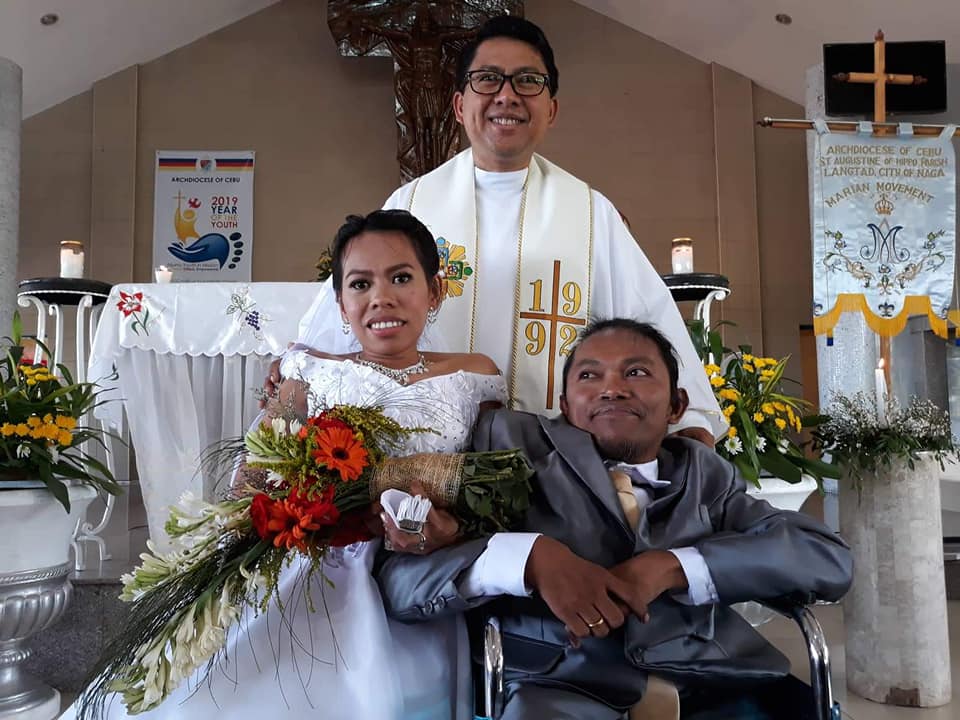 Godfrey and Irish Paquibot are looking forward to starting their own family. /Photo from the Lapu-Lapu City Government Facebook page

Family members, officemates and PWD friends came to witness their exchange of wedding vows and the kiss that sealed their marriage.

“My wife is originally from Naga so we decided to hold the wedding ceremony there,” Godfrey said.

After they wedding, the couple decided to live in Godfrey’s place at the Soong Center in Barangay Mactan, Lapu-Lapu City so that they could be close to their respective work places.

Godfrey said that his heart is now full of gratitude for people who helped them prepare for their wedding and their future as a couple.

(I would like to express my sincerest gratitude to Mayor Paz Radaza for giving me the opportunity to work at City Hall. Second, to my department heads for trusting me to do all the work that I do and to my officemates and co-PWDs who are also working at City Hall, to all my friends and my family.  And most importantly to the Lord who gave me courage to live like a normal person). /dcb