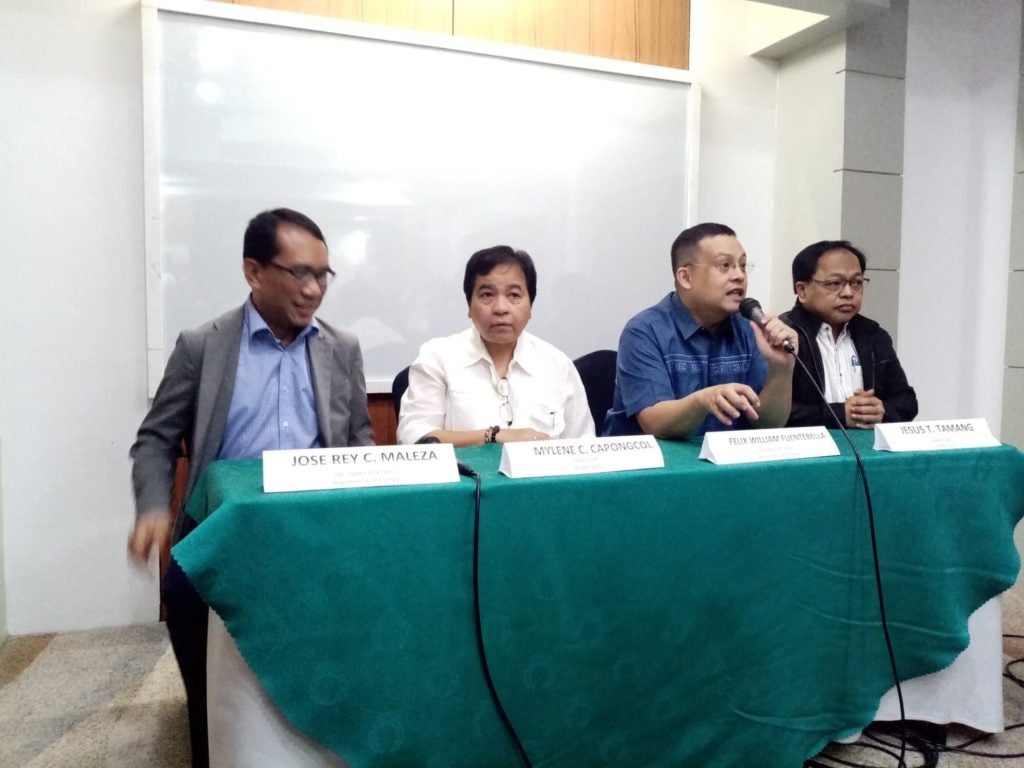 Energy officials lead by Undersecretary Felix William Fuentebella give updates on the energy situation in the Visayas during a forum in Cebu City. | Irene R. Sino Cruz

CEBU CITY — The China International Mining Petroleum Co. Ltd. and its partners are looking into the possibility of putting up a mini-refinery to process the crude oil coming from its oil wells in Alegria town, Cebu.

Because of this, CIMP and its local partners had plans to put up a mini refinery on site or near the wells, Tamang said.

He said that the facility would be used to refine the crude oil produced by the two wells to have more content of both oil and gasoline.

“Instead of bringing the crude oil to Manila, it can be sold locally. And if there are excess, these can be brought to other areas,” Tamang said.

He also said that the company planned to drill two more wells to see if there could be additional production.

The facility has the capacity produce up to 360 barrels of oil per day.

On the other hand, the company is also studying the possibility of utilizing the natural gas deposits in the area.

Energy Secretary Alfonso Cusi said that Alegria natural gas deposits had the potential to power up to 60 megawatts of natural gas-fired power plant.

All these projects, Tamang said, could help the goal of achieving energy self-sufficiency for Cebu.

CIMP holds Petroleum Service Contract No. 49, which covers the Alegria oil field, an onshore site in the southern part of Cebu. The Chinese firm acquired an 80 percent stake in the service contract that covers a 25-year production period.

On the other hand, exploration is still ongoing in North Cebu Block or service contract 40 awarded to Forum Pacific Inc.

“Hopefully, Forum will hit one of the wells. Much earlier, there was also a discovery of natural gas deposits in Bogo. Even if it could provide natural gas for five years, that would help a lot in Cebu’s energy self-sufficiency,” Tamang said./dbs