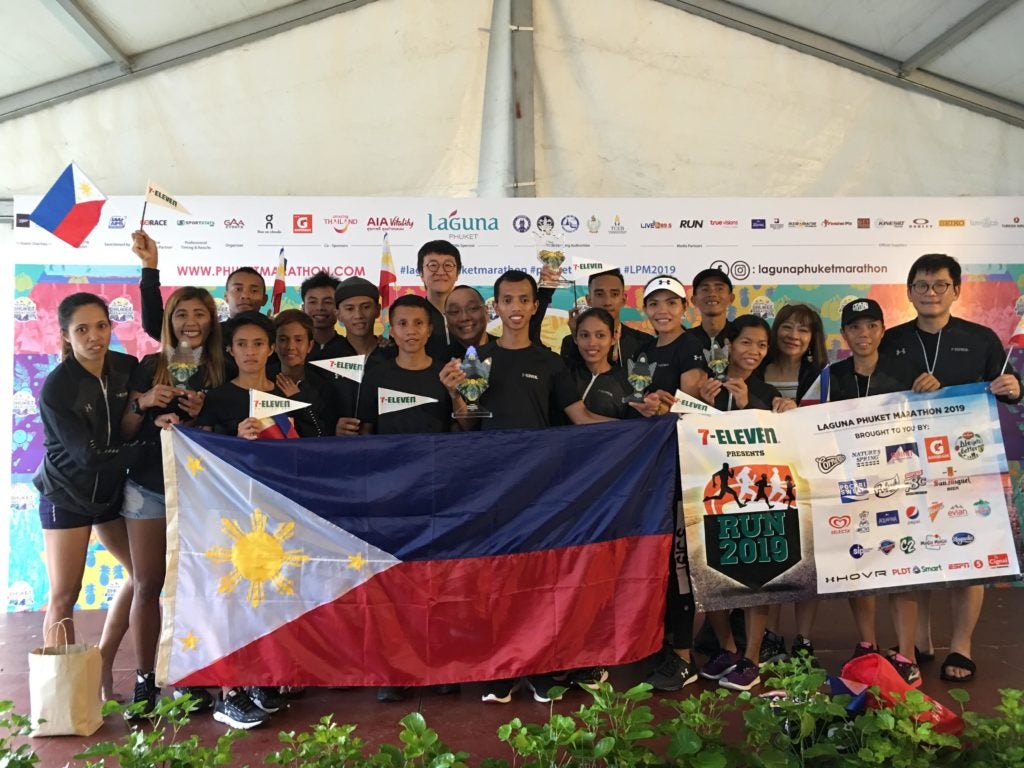 The Team 7-Eleven team from the Philippines takes time for a photo opportunity in Phuket, Thailand. | Contributed photo

CEBU CITY, Philippines – Runners Prince Joey Lee and Azlan Pagay are making not only Cebu proud but the whole Philippines as well after entering the top 3 in their respective distance categories in the Laguna Phuket Marathon 2019, Sunday, June 9, 2019.

Davao native but now Cebu-based Azlan Pagay, for his part, finished third in the 42K men’s with a time of 2:41:20.

The two were part of the team of Filipino runners that 7-Eleven sponsored for the Phuket race as part of their incentives for finishing in the top 3 overall in their respective categories in the 7-Eleven Run 2019 held simultaneously in Cebu, Davao and Manila last February.

Cebu’s Olympian marathoner, Mary Joy Tabal was supposed to be part of the team but she had begged off because she had just raced in the Ottawa Scotiabank Marathon in Ottawa, Canada last month as part of her preparation to qualify for the 2020 Tokyo Olympics.

7-Eleven treated the runners to an all expense paid trip as well as shouldered the registration fee for the race.

Aside from that, they were each given US$100 as allowance and will be treated to a tour in Phuket.