Cebu City, Philippines—Cebuano netizens are rejoicing over the victory of Talisay City’s Gazini Christiana Ganados in the Binibining Pilipinas 2019 coronation night on Sunday, June 9, 2019, at the Smart Araneta Coliseum in Cubao, Quezon City.

Shortly after CDN Digital broke the news on Monday dawn, June 10, 2019, netizens were quick to react about the feat, most of them Cebuanos showing how proud they are for the newly crowned queen.

Since its first posting at 4:20 a.m. of Monday, CDN Digital’s article of the victory has already garnered 70,000 engagements and has been shared 4,700 times as of noon of Monday.

Here are other comments of netizens from the CDN Digital post: 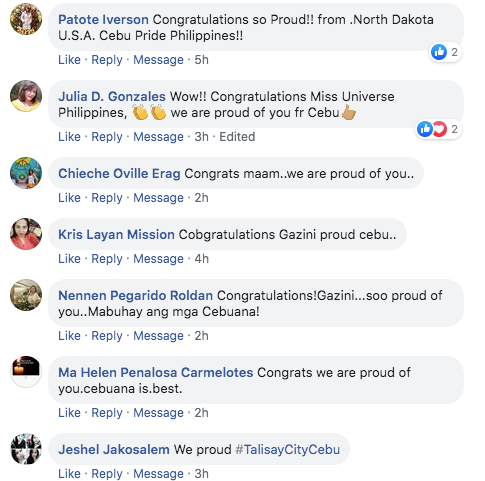 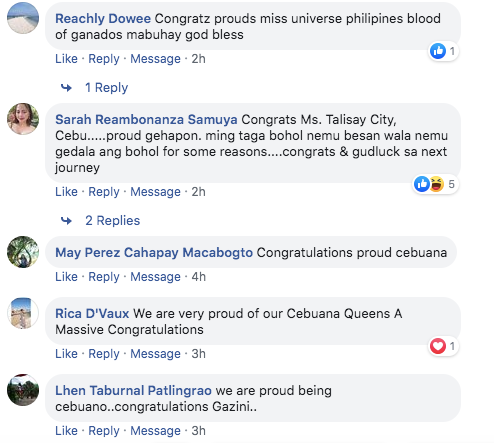 Some netizens also posted about the victory in their respective accounts.

Here are some of the posts found on Facebook. 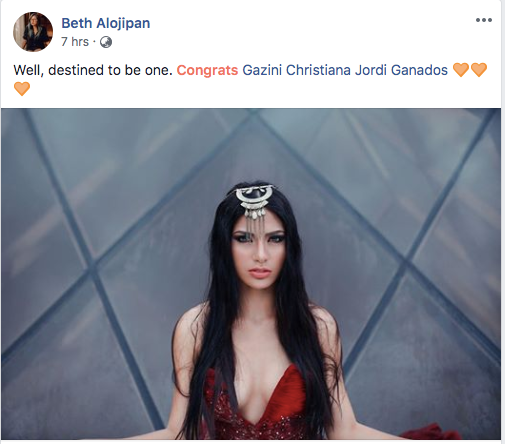 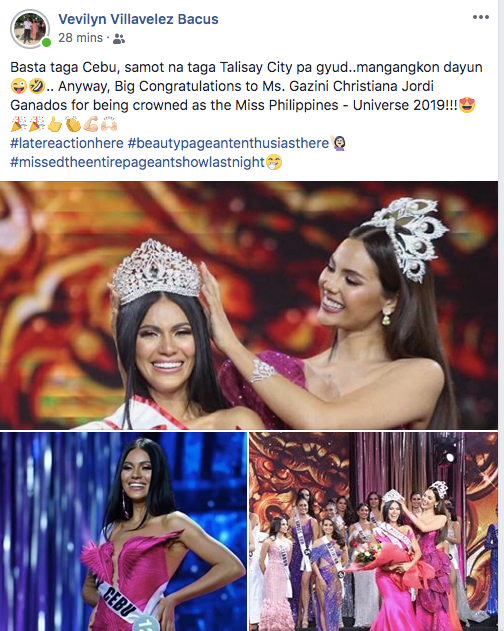 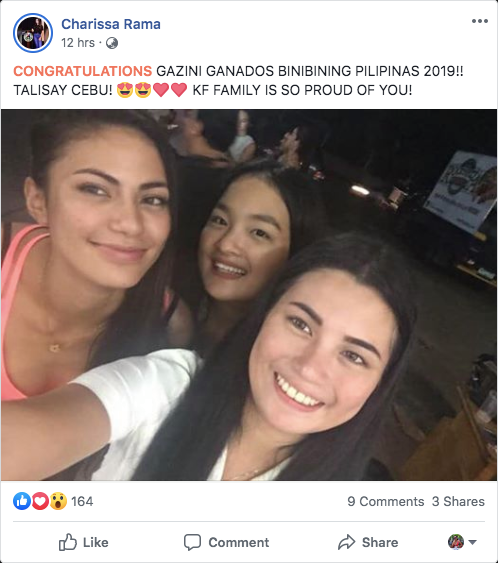 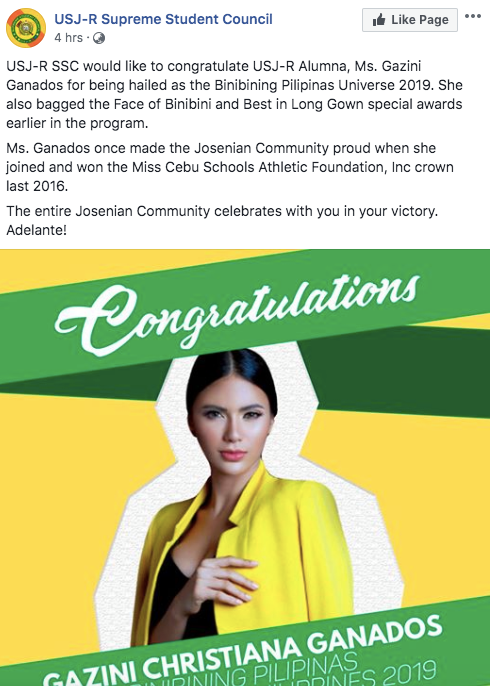