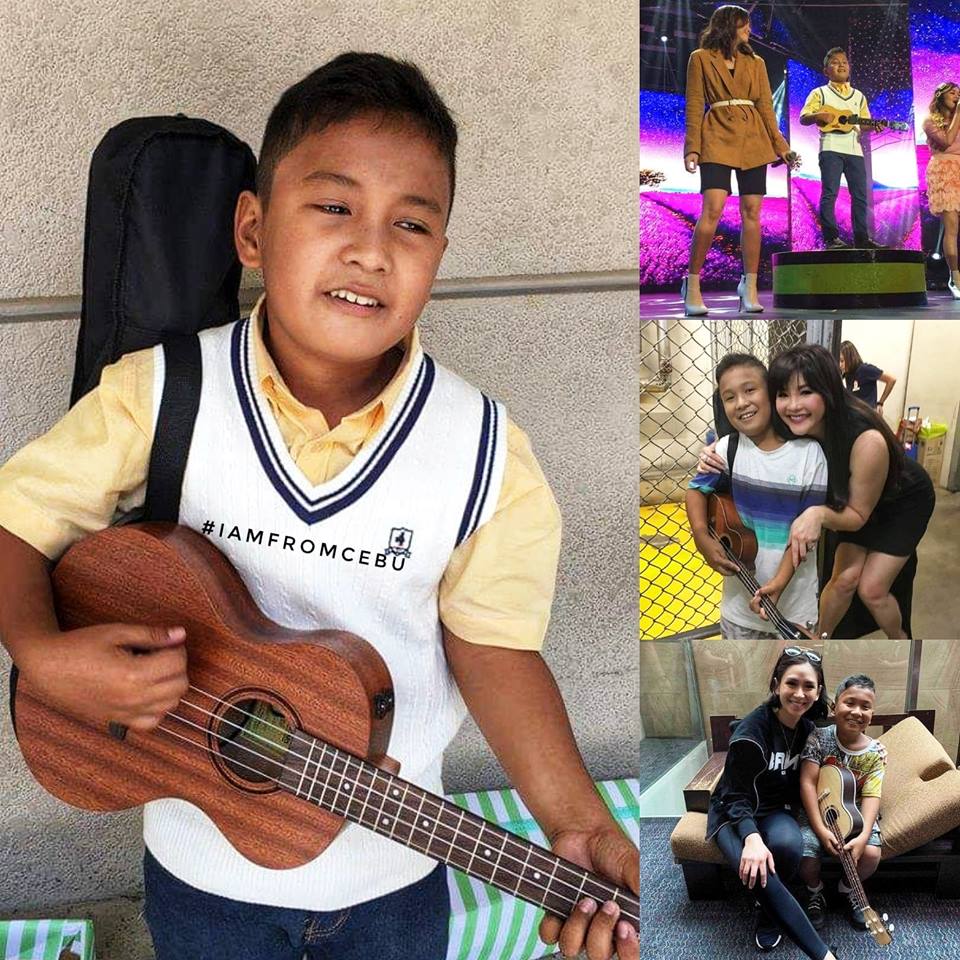 Cebu City, Philippines— Ever wonder where that viral “ukulele boy” is now?

Chan Jonlie Cabradilla is no longer wandering the streets of Lapu-Lapu City nor the streets of Cebu City to busk. He is now a resident musician at the Yap-Sandiego Ancestral house.

Lorjie also revealed that they already made the 12-year-old, fourth grade student from Lawaan, Talisay City, Cebu stop playing on the streets.

(We decided to let him stop playing on the streets because we’re scared what people can do to him. He’s still young and already famous so he might be abused by people.)

At the moment, he is tasked to welcome visitors at the Yap-Sandiego Ancestral House with his music. He is there every Saturday and Sunday from 8 a.m. to 4 p.m.

(Her girl cousin sells birds in Magallanes, among her loyal customers is the owner of the Yap house. She introduced Jonlie and they liked him so they gave him a spot.)

Now, Jonlie, the second child of six siblings balances studying and playing the ukulele to help his father, Junrey Cabradilla, who is a habal-habal (motorcycle-for-hire) driver, and his mother, who does laundry for their neighbors to provide for their family’s needs. /bmjo

Read Next
Durant returns for Game 5, then leaves again after getting hurt in 2nd quarter