Slots for IronGirl Cebu sold out in three hours 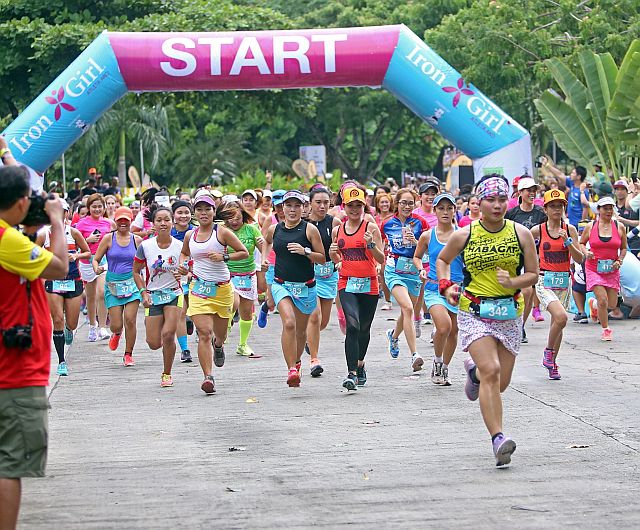 CEBU CITY, Philippines —The Ironman 70.3 season has just started in Cebu with the sellout of slots for the IronGirl Cebu, which will be happening August 9, 2019 at the Shangri-La’s Mactan Resort and Spa, Cebu in Lapu-Lapu City.

Sunrise General Manager Princess Galura, who is in Cebu to oversee the registration which was opened today, June 12, 2019, said that all 1,100 slots were sold out in three hours.

“Last year, we sold out in one day so this year is faster,” said Galura in an interview with the Cebu Daily News Digital.

According to Galura, there is a waiting list which is growing so they are still thinking of opening more slots for the race.

“We weren’t sure if people still want the IronGirl or if they’ve had enough of it, so we only prepared 1,200 slots,” said Galura.

Galura said, they will wait until Thursday before opening up the remaining 100 slots because there is already a waiting list, which will be prioritized.

The IronGirl is one of the side events of the Ironman 70.3 Philippines which has been held here in Cebu for the last seven years.

It was meant to provide an activity for wives and girlfriends, among others, who accompany their husbands and boyfriends who are competing in the half Ironman.

It is a five-kilometer fun run which will take participants from Shangri-la to Punta Engaño and back.

Meanwhile, Galura said that they’ve already had the initial coordination meeting with the mayor-elects of Lapu-Lapu and Mandaue and will set another meeting with the newly elected mayors of Cebu City, Edgardo Labella, and Talisay City, Samsam Gullas.