‘Capt. A’, amputee dad, athlete: Medals, titles can’t compare to his being a father 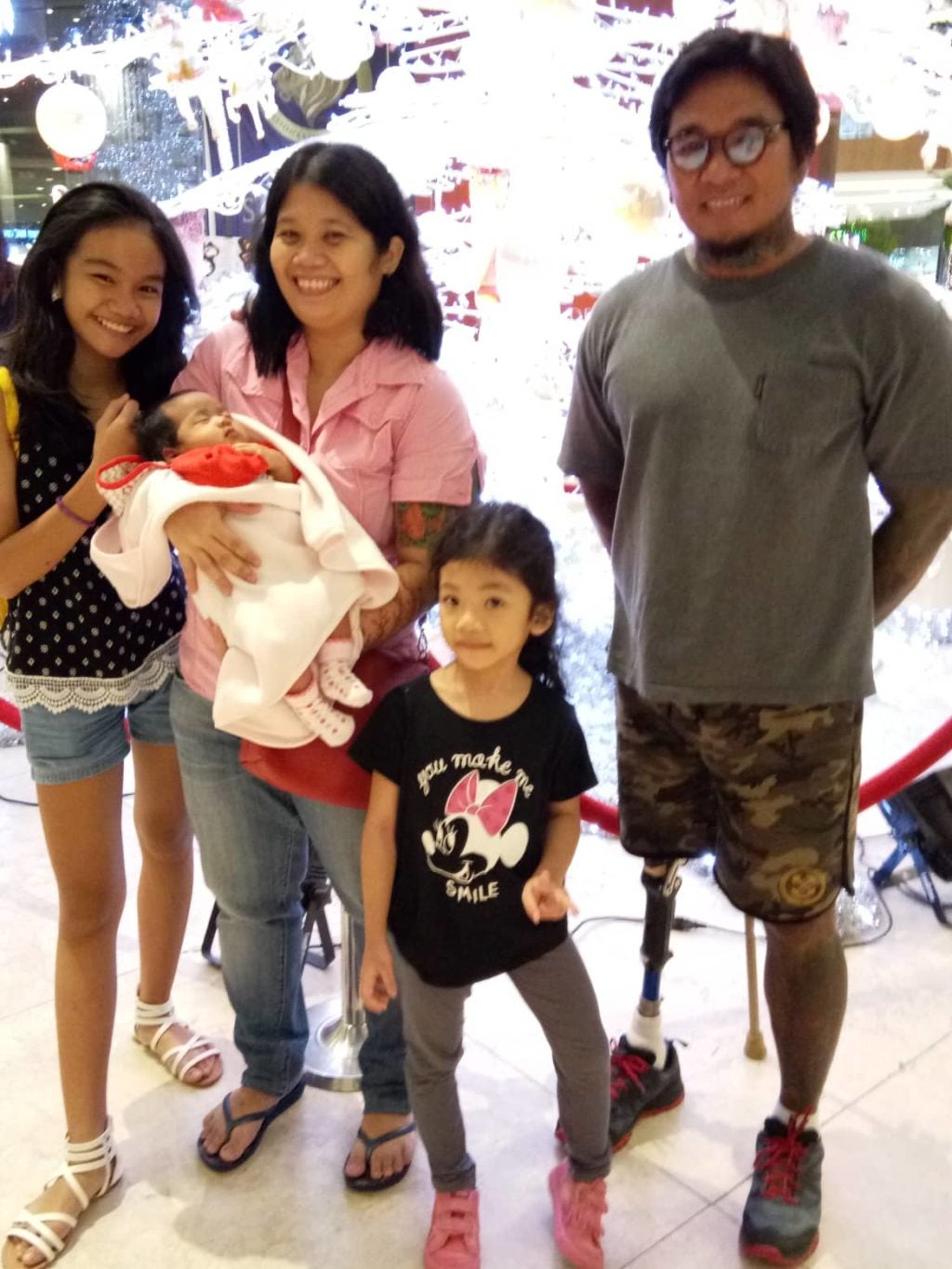 Arnold “Capt. A” Balais says his family is his inspiration. | Contributed Photo

CEBU CITY, Philippines — Multi-awarded differently-abled athlete Arnold Balais is an above the right knee amputee, but he never thought twice about building a family with Donna, whom he describes as his “super supportive wife.”

One of them was swimming, where he met Donna. They got married in a civil ceremony in 2005, while “Capt. A” was 33 years old.

“At first I thought it was difficult to have a girlfriend because I’m an amputee,  and still young at that. But engaging into sports really help me overcome my disability,” said “Capt. A,” who added that “I no longer minded that I was an amputee, I just kept in mind that I was healthy and I have a job. Plus, I was a member of the Philippine team in the para sports. I owe it a lot to sports.”

A year later, he became a father for the first time with the birth of Psalm Alexie, who is now 13 years old.

He admitted to having apprehensions the first time he became a father.

(Yes, like how I would take care of the child. But, I was able to adjust, although I really got nervous when my wife gave birth because isn’t it a risk for both mother and the baby? [It’s a] good thing they were both safe.)

Fast forward to now, “Capt. A” and Donna have added two more girls to their family—seven-year-old Jica and five-month-old Sakura.

“They are my source of inspiration to keep moving,” he said of his family.

According to “Capt. A,” none of his medals and titles as a differently-abled athlete could compare to his being a father.

“But being a father is the most rewarding for me,” he said.

As his children were growing up and saw his condition, “Capt. A” said Donna took on the responsibility of explaining to them the situation.

“(I’m) Very thankful to God for giving me a loving and supportive wifey,” he said of Donna.

According to “Capt. A,” his girls understand more because they see him in action in various sports.

As a differently-abled father, “Capt. A” has imparted valuable lessons to his daughters.

“I always tell them to study hard cause it is hard not to have an education. It’s like having a disability, you really have to work hard for you to overcome it and be successful,” he said.

He also teaches them to “value what they have.”

“My eldest, Psalm, is very proud especially when I bring her in my talks, she understands and appreciates everything,” he said.

One other lesson that he imparts to his family is to be God-fearing.

“I make it a point to be in the church every Sunday,” said “Capt. A,” explaining that it was what his mother did to them as well.

He said that there is no difference between a disabled man and a normal man in being a father, a father is a father, whatever he is.

“It is the same, it just happens that I’m an amputee father. Being a father is a gift from God that I’m really thankful for,” said “Capt. A.”/dbs