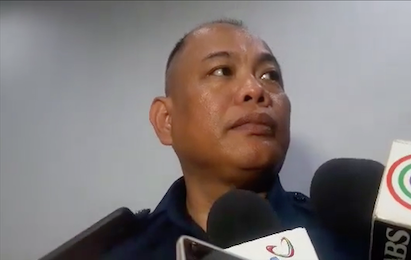 Abrugena said that police officers should implement preventive measures during these kinds of operation such as the wearing of bullet-proof vests or Kevlar vests.

Abrugena was referring to the  buy-bust operation in Barangay Cansojong in Talisay City where the target, Mikel Batayola, shot the undercover police officer after he realized who he was dealing with.

Police Corporal Reynante Academia was hit in the chest as he and his team approached Batayola’s house.

An exchange of fire happened for at least a minute.

But Batayola, who is from Barangay Tangke, Talisay City, escaped after Police Lieutenant Jan Ace Layug, team leader of the operation, focused on the wounded Academia.

Academia survived after he was rushed to the hospital for treatment.

Layug and his team, however, after making sure that Academia was safe searched Batayola’s rented house and confiscated eight sachets of suspected shabu with Dangerous Drugs Board value of P1,800.

Layug and his team belong to the Regional Force Mobile Battalion assigned at the Talisay Police Station.

Layug said that they conducted the operation against Batayola after one of the drug suspects that they had earlier arrested pointed to Batayola as his supplier.

Also on Monday, June 17, Abrugena visited Academia at the hospital.

Abrugena said that Academia was recovering from a chest wound, which he described as only superficial.

He, however, was glad that Academia was not severely wounded during the short encounter with Batayola.

He again reiterated to police officers to implement protective measures like wearing protective gear such as Kevlar vests to protect them in case of a shootout.

He made the call during a press briefing where he was told about the death of a nine-year-old boy in Badian town in southwestern Cebu.

When he learned that the father of the boy wanted an autopsy but could not afford one since it would cost P8,000, he ordered the Badian Police chief to coordinate with the Crime Laboratory so that the father would have his son autopsied free of charge.

Read Next
Pa from Badian turns to Magpale, NBI for help on 9-year-old son’s death