One dead, 2 injured in motorcycle collision at South Coastal Road 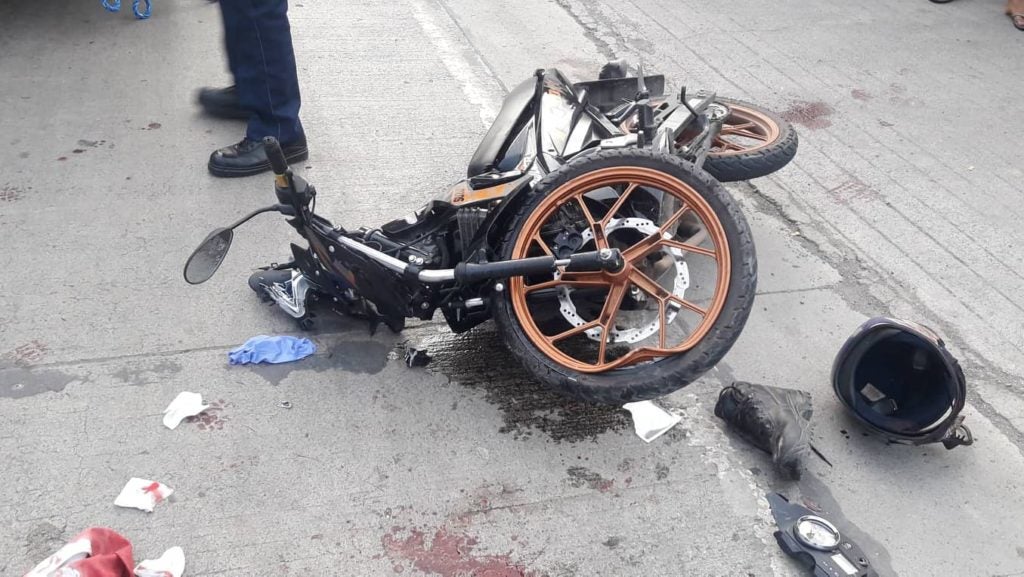 A shoe, a helmet and a speedometer of a motorcycle, are found near one of the motorcycles involved in the Talisay City accident on June 27. | Photo courtesy of Talisay City Traffic Police Office

CEBU CITY, Philippines — Motorists, especially motorcycle riders, are encouraged to practice safe driving and to drive at speeds that they can control their vehicles.

Police gave this reminder on June 27 after a road accident involving two speeding motorcycles along the Cebu South Coastal Road in Talisay City resulted to the death of one of the riders and the injury of two others.

Patrolman Kim John Amolo, Talisay City Traffic Police investigator, told CDN Digital in an interview that the two motorcycles, which were on the same lane heading south from Cebu City, collided at past 5 p.m. in Barangay Cansojong, Talisay City.

Simplicio Pogoy, 51, of Sitio Dawis, Barangay San Roque, Talisay City, died in the accident while PJ Basanta and Reynaldo Basanta, who are both from  Naga City, were injured in the crash.

Police were still trying to figure out who slammed into the other as several witnesses gave conflicting accounts of the crash.

Amolo said that the Basantas suffered multiple injuries in the body due to the collision and were brought to the hospital for treatment.

He also said that the two motorcycles involved in the accident were impounded at the Talisay City Traffic Office./dbs

Read Next
Arcilla disqualification affirmed; Guardo to be proclaimed as Cebu City councilor