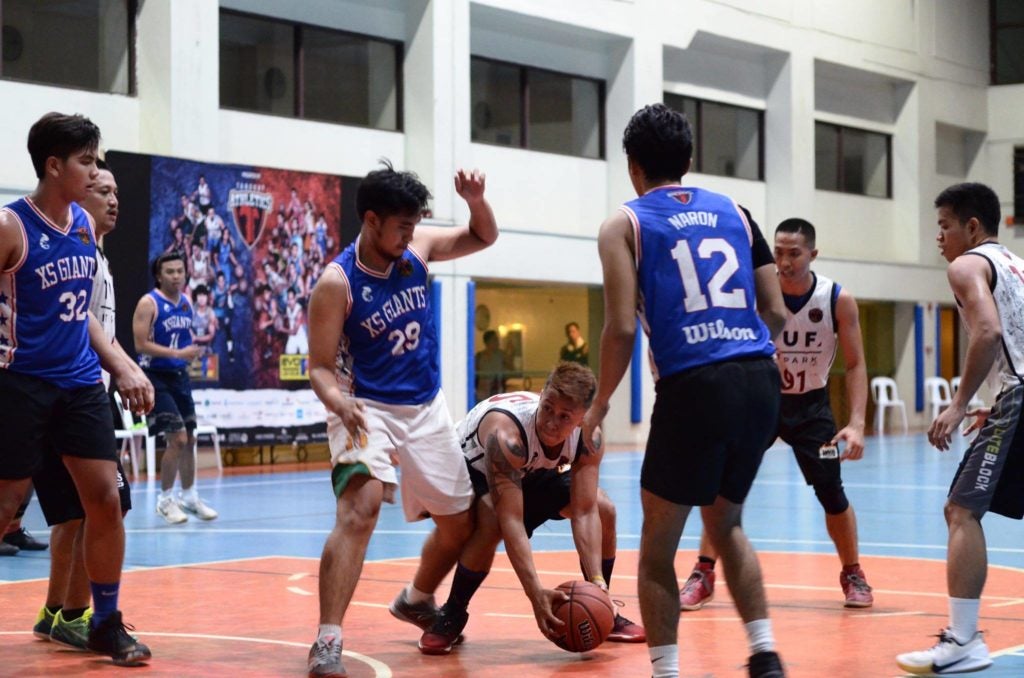 TUF IT Park’s Nino Belande is defended well by the XS Giants in a MCBL game at the City Sports Club Cebu. | contributed photo

Cebu City, Philippines—H&G Gonzales clobbered the Raging Wolves, 112-76, to barge into the quarterfinals of the 2019 Metro Cebu Basketball League on Sunday, June 30, at the City Sports Club-Cebu basketball court.

Noel Torrefiel led the onslaught with 24 points and three assists.

The two previously unbeaten Sherilin teams also got ousted from the tournament in stunning upsets.

Sherilin Agro collapsed down the stretch and got beaten by the Hotshots 5.0, 81-84, with Rickymar Berdin leading the way with his 31 points, 13 rebounds and six assists.

However, it was Rex Tuazon that buried the dagger, hitting two straight three-pointers in the final minute to lift the Hotshots to victory.

The Sherilin Plastics, meanwhile, also got bounced from the competition, outclassed by Air 22, 80-91.

Jemuel Nacilla sizzled for the team from Carcar City, scoring 23 points on 5-of-10 shooting from beyond the arc.

In other games in the Sweet 16 stage, Boss Kalo routed the Liquid Tritontek, 95-78, behind the 29 points and five rebounds of Raniel Cortes, while the XS Giants stood tall over the TUF IT Park, 103-100, as Third Uy exploded for 30 points, four boards, two assists and four steals.

Anak Sangat SBC also advanced to the next stage with a thrilling 96-94 win over the Pyramid Saints led by Jude Langbid’s 22 points and 12 rebounds.