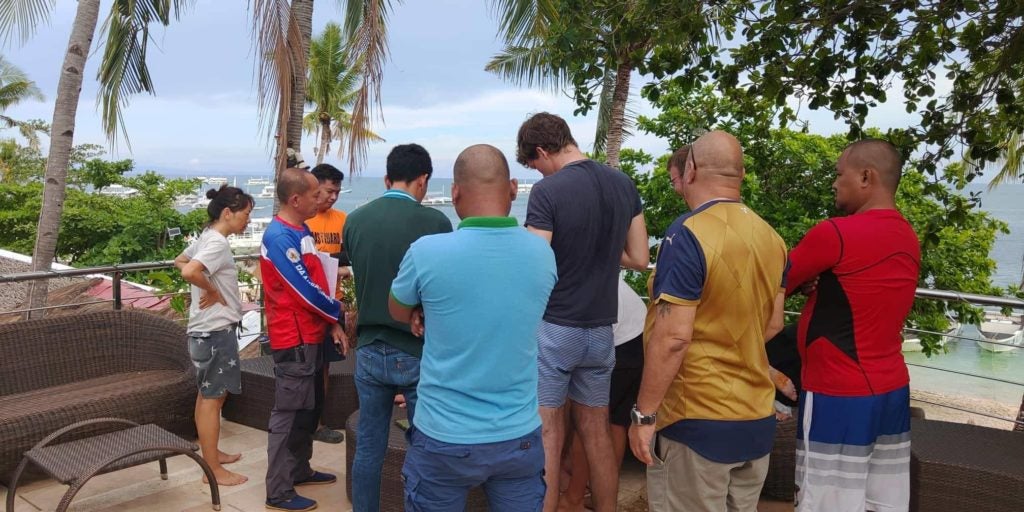 Local and foreign divers were unharmed after the motor banca which they boarded while island hopping capsized near Capitancillo Islet in Bogo City. /PCG-7 Photo

PCG-7 also rescued the motor banca’s skipper who was identified as Benargin Pepito and his crew members Jareb Conia and Darell Ansali.

Initial report reaching PCG-7 says that the divers were on board motor banca “Thresher Shark” when their vessel capsized while on the waters of Bogo City near Capitancillo Islet, a small coral island that was earlier declared a protected marine sanctuary.

The PCG-7 report said that they received information from the Coast Guard Station in San Remegio town on the sinking at around 11:50 a.m. today.

It says that the divers left Malapascua Island to go island hopping.  The group included three foreign and one local dive instructors.

Coast Guard personnel in San Remegio town immediately sent a rescue team to look for the divers and the banca’s skipper and crew members.

Rescue operation was completed before noon time with no reported injuries but PCG is yet to determine the cause of the sinking.

Read Next
Tomas, 43 others face Ombuds complaint for ‘demolition’ of Office of the Mayor