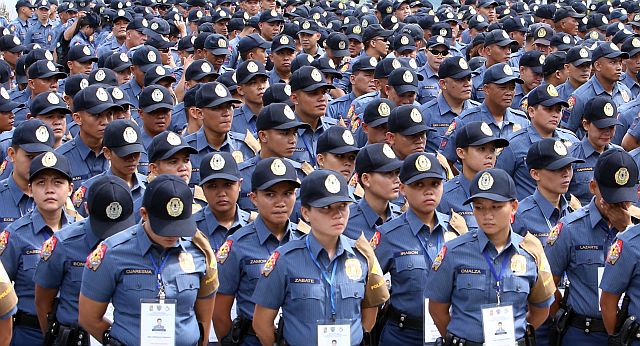 New CCPO director, Police Colonel Gemma Cruz Vinluan, said she is planning for the formation of an all-woman SWAT team to empower women in the police force.

(All strong women should be part of the SWAT team. I will go with you in all your operations and I want you to do your best. You should be better than the men.)

Garma has retired from the police force to take up the post as General Manager of the Philippine Charity Sweepstakes Office.

Sinas said that women police are just as capable as men and this has been proven by Garma’s leadership in the past year in the CCPO.

Sinas said he supports Vinluan’s plan to create a new all-woman squad because this can empower women and remind them that they are equally as strong as men.

Sinas revealed that the Maria town Police Station in the Province of Siquijor has an all-women team from the chief down to the non-uniformed personnel.

The General said that women should play active roles in the police force and not be contained in administrative duties or in the women and children’s desk.

For Sinas, women can do what men can in the stations and on field during operations.

Furthermore, Sinas said the region hopes to download more policewomen in the force to handle the more delicate positions, or the positions that is most close to the community.

For example, Sinas wants policewomen as Tourist Police because policewomen are more approachable and amiable to deal with tourists.

He said in this way, the male members of the police force can be deployed to more dangerous operations.

Vinluan, meanwhile, clarified that women in the police force should not intimidate men but instead should work together as partners in upholding the law. /bmjo

Read Next
Cebu has three representatives for Mutya Pilipinas 2019