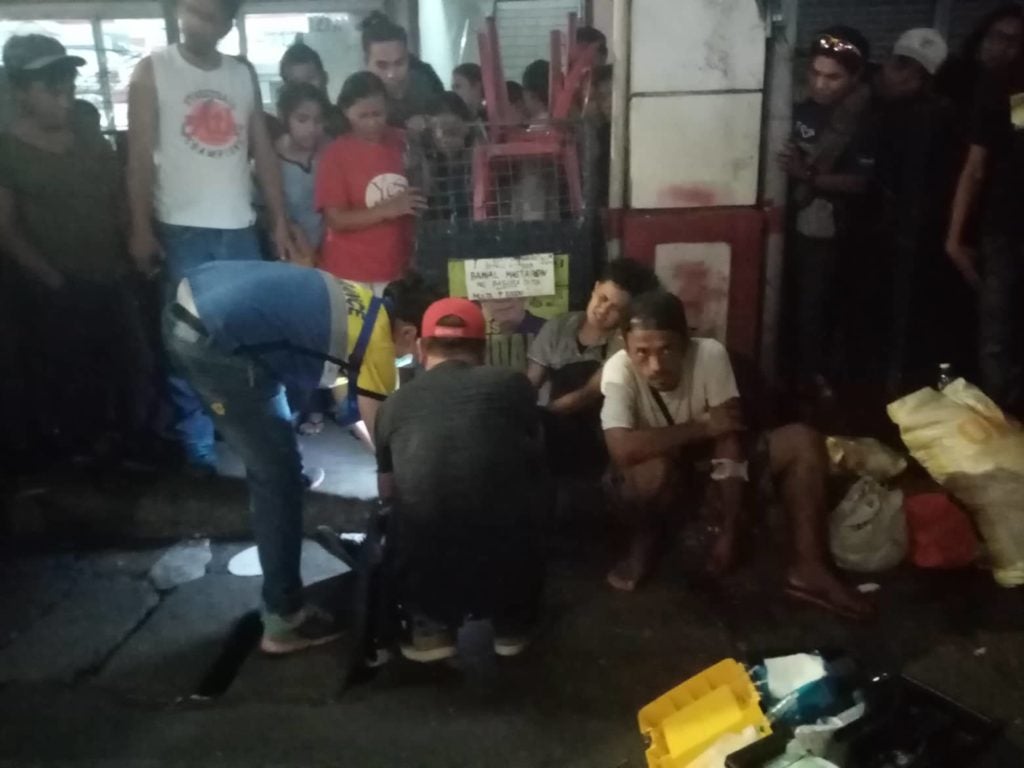 Paramedics give first aid to the two victims in a shooting incident on July 12 in Colon Street in Barangay Kalubihan, Cebu City. | Benjie Talisic

CEBU CITY, Philippines — An unidentified gunman believed to be a thief shot and wounded a jeepney dispatcher, who earlier stopped the thief from picking the pocket of a passerby, in Colon Street in Barangay Kalubihan, Cebu City, at past 8 p.m. on July 11.

The bullet grazed the arm of the dispatcher, Froxiel Lumapa, 36,  and, unfortunately, hit a female passerby, Pearl Dungog, 28, a call center agent, in the leg.

The unidentified assailant who was wearing a white ball cap, fled after the shooting.

Police Patrolman Joesar Borras of the Waterfront Police Station, was manning a police outpost in a street crossing in another part of Colon Street and was the first to respond to the crime scene.

He said he rushed to the area after calling for backup and found the wounded Lumapa and Dungog.

Borras said that Lumapa, from Barangay Inayawan, Cebu City, told him about what happened.

He said that earlier, Lumapa allegedly stopped a pickpocket from stealing from a passerby.

Lumapa told police that the unidentified thief allegedly left  and he believed the thief later returned at past 8 p.m. with a gun and shot him with the bullet grazing his left arm.

The bullet, however, also hit Dungog’s left leg, who was a few feet from Lumapa when the alleged thief shot the PUJ dispatcher.

Police also found a gun magazine and a white ball cap in the crime scene. 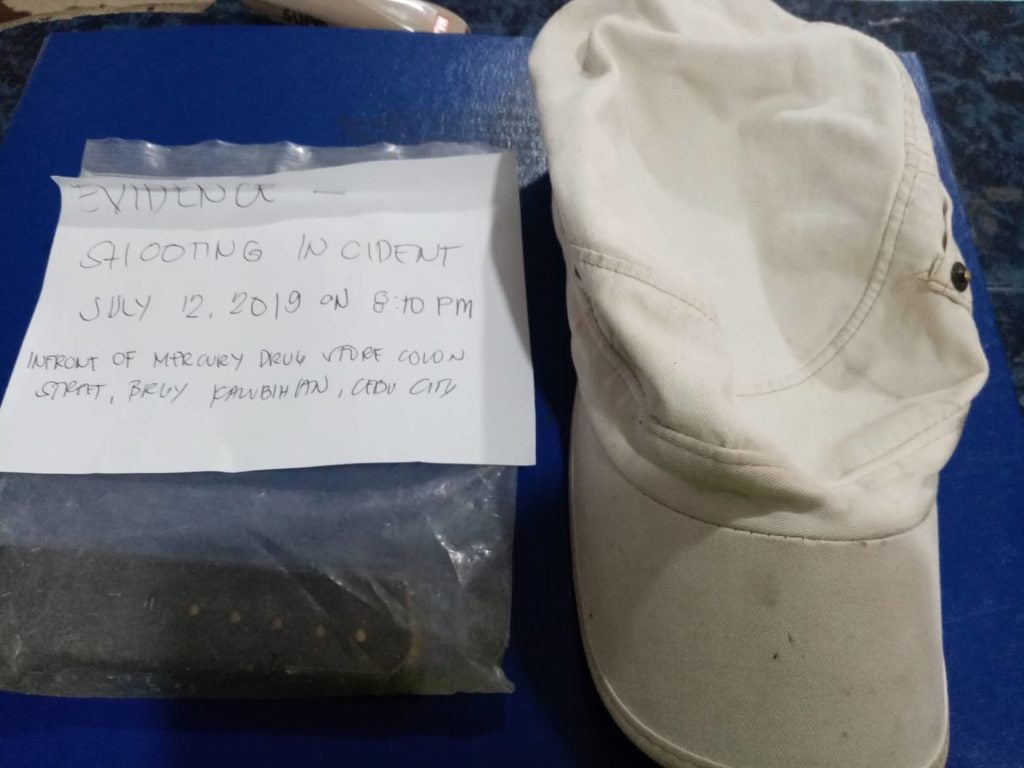 Police recovered a white ball cap and an empty gun magazine believed to be from the gunman at the crime scene of the July 11 Colon Street shooting. | Benjie Talisic

The shooting in Colon was among four shooting incidents on Friday where three persons were killed.

In a phone interview with CDN on July 13, Police Staff Sergeant Eric Ardino of Carbon Market Police Station, investigator of the case, said Dungog of Lapu-Lapu City had just stepped out of a car she was riding, which was near Lumapa, supposed target of the gunman, when she heard the sound of a shot being fired and suddenly felt her left leg go numb.

Ardino also confirmed the initial investigation that the shooter was probably the unidentified pickpocket that Lumapa allegedly claimed to have stopped from stealing from a passerby earlier in the day.

Both victims were given first aid by paramedics and were brought to the hospital for treatment./dbs